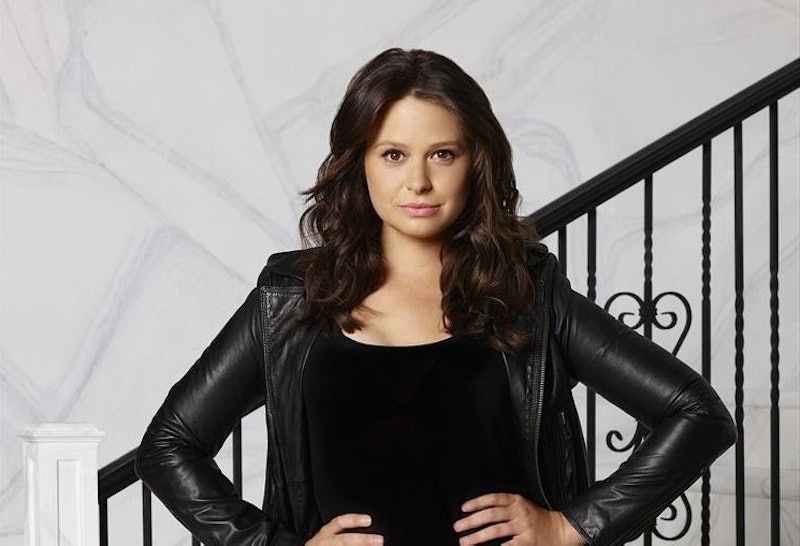 Way back on the very first episode of Scandal, back when Quinn was a wide-eyed impressionable lawyer who was perpetually behind at Pope and Associates, would any one have ever expected her to be giving take-no-prisoners speeches to hardened assassins and then kicking their legs out from under them. But as it turns out, Scandal had bigger and better things planned for Quinn than we ever would have imagined. Girl has leveled way up and we love it.

But seriously, Quinn's speech to Charlie this episode was brilliant and then some, not to mention cathartic for every woman who has ever been treated like an idea rather than a person. Charlie and Quinn's relationship has always been creepy, even by Scandal standards, and a big part of that has been Charlie's general disregard for Quinn's actual feelings, too caught up in the fantasy of their relationship. He doesn't even call her by her real name, preferring to call her Robin. And he was too busy with the fantasy to even bother caring that she spent most of the relationship looking for an out.

And even worse, it was never clear how safe it would have been for her to leave.

Not to mention the fact that Quinn can respond to Charlie wanting her by mockingly saying, "It doesn't make me want you. It makes me pity you," and then knock him on his ass. If it wasn't official before, it is now: Quinn has majorly leveled up. In her own words, she is "stronger, tougher, more seasoned." And it is awesome!