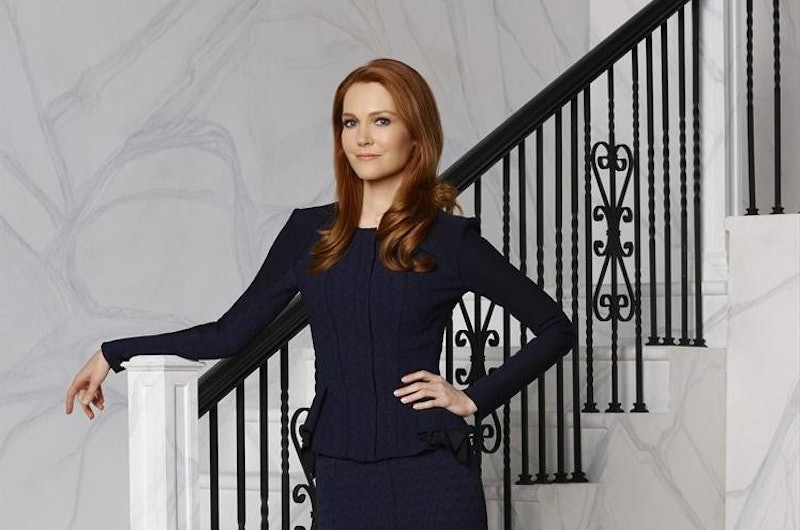 So far on season 4 of Scandal, Abby Whelan has been struggling a bit in her role as press secretary. But now it seems she's finally settling into her position and even becoming a power player in her own right. Last week saw her giving the first lady a rather insensitive but effective pep talk while Mellie was in the midst of her breakdown, and this week saw her holding her ground with the president in the Oval Office. It seems all the female characters on Scandal have been leveling up lately. Sounds good to me!

Abby has long been a feisty and capable, but largely subordinate character. In seasons past she's lost out on a promotion that ultimately went to Harrison and asserted her independence from Pope and Associates mainly through her relationship with David, which was not exactly the most impressive move anyone on the show has made. Now, however, Abby has not only left Pope and Associates for the White House, but is now finally starting to make the role her own.

Abby has long been a favorite character of mine, being an outspoken and opinionated woman who's also good at her job (usually) and also a domestic violence survivor who has moved on from her abuse but has certainly not forgotten it. But now that she is finally carving out a place of her own, away from Olivia, and establishing herself as a potential power player in her own right, I am even more a fan. As much as I love Olivia Pope — and I love Olivia Pope — it's hard not to cheer for someone as awesome as Abby Whelan stepping up her game. Here's hoping it only continues!