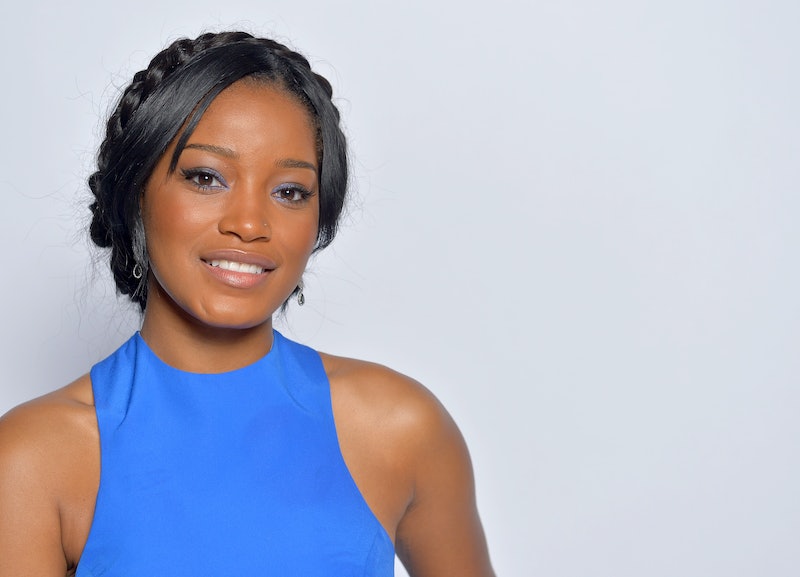 Is this really still going on? As most of the world is aware, the hacker who has been leaking nude pictures of numerous celebrities on the Internet on a more or less weekly basis is no closer to being identified or caught as he or she was when this first started happening. However, I've been hanging on to the hope that if they can't be caught then they would at least run out of pictures and finally disappear so the world can move on. Then, Friday morning, Keke Palmer's nude photos were leaked — or, at least, photographs that are alleged to be of Palmer.

At this point in her career, Palmer is best known for being the star of Nickelodeon's Tru Jackson, VP, her role in the film Akeelah and the Bee, and her own talk show which, incidentally, made her the youngest talk show host in television history. Despite her numerous accomplishments, Palmer isn't exactly a household name or a mainstream success. This scandal, however, has her name trending on Twitter as people tweet some truly disgusting remarks and share as many of the pictures as they can find while we wait for Palmer to make some sort of statement. Not that she owes us one or anything, but there's a chance that the photos might not actually be of her. After all, according to The Epoch Times, Palmer is fully clothed in some of the photographs and partially clothed in others.

It goes without saying at this point, but just because the photos leaked is no reason and absolutely no excuse to go looking for them. Whatever explanation you can concoct for why you need to Google them right now is wrong; Palmer may or may not be the girl in the nude photos, but whether she is or isn't, we do not have that girl's consent to look at her naked body, and thus doing so is a crime.

I know that it's nearly impossible to track down the source of something on the Internet, let alone get something removed from the Internet permanently, but whatever efforts are being made toward tracking down this hacker and putting an end to this nightmare that celebrity women are living in need to be stepped up. The leaks have to stop, somehow and some way. Constantly having to wonder who will be next is an exhausting and troubling outlook to have to live with every day and that's exactly what these victims and potential victims are dealing with.