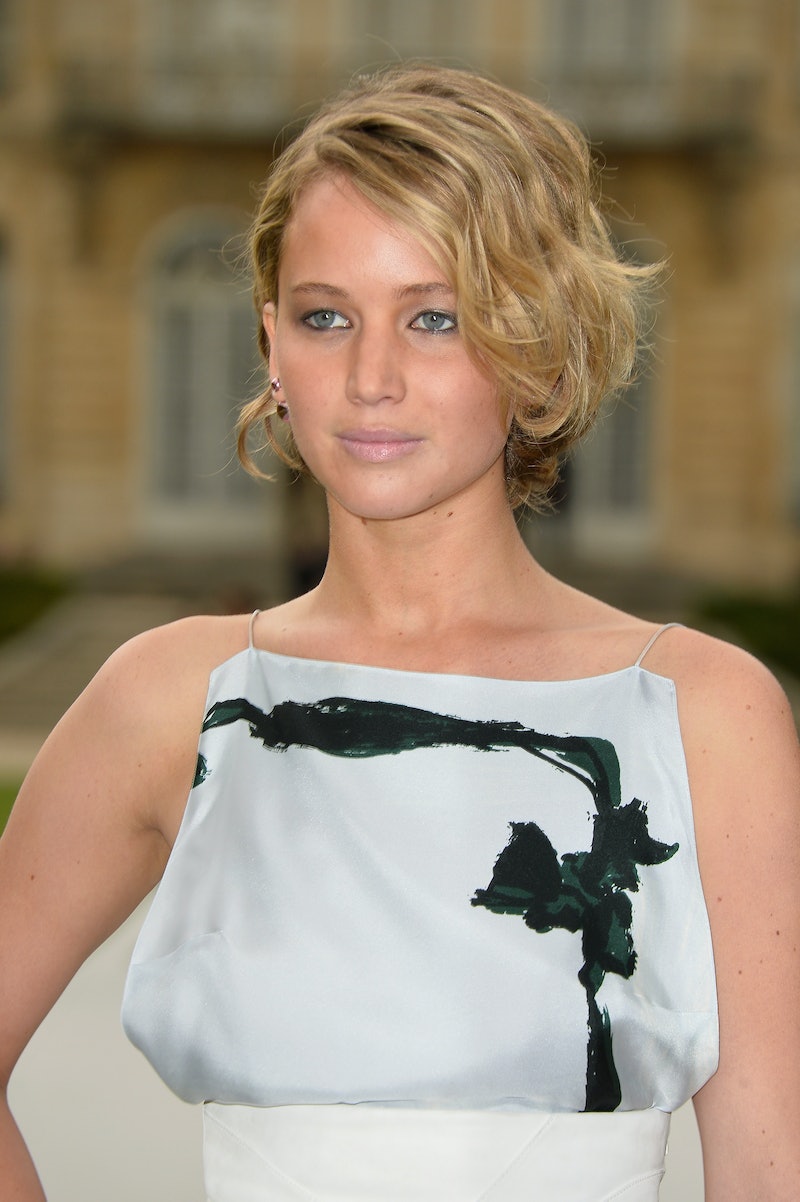 OK, world, we gotta talk. We've had this talk before, what feels like many times, but the ugliness just doesn't seem to be stopping. It's been about a month since the first celebrity nude photo leak affected celebrities like Jennifer Lawrence, Kate Upton, and Mary Elizabeth Winstead, and though most sane people in the world expressed outrage, it happened again a few weeks later and affected celebs like Kim Kardashian — and now, it seems there's been another instance of it. According to reports, Jennifer Lawrence's private photos have been re-leaked, along with model Cara Delevingne's, and actress Anna Kendrick's. While some are nudes and some are not, all are violations, so why does this keep happening?

According to Page Six , the photos that surfaced on 4Chan and Reddit on Friday included the re-uploading of over 50 more of Lawrence's personal files, and 87 of Kendrick's. Kendrick's are described as not being nudes, but regardless: These targeted attacks on female celebrities has been upsetting and unacceptable from the get-go, and the fact that they're showing signs of continuing ad nauseam? That became exhausting a very long time ago.

What are these disgusting hackers trying to prove? That they can best the female body by shaming it? That the power which these women hold in society as public figures can be diminished by turning them into mere sexual objects? It's hard to say; but, whatever the deluded, psychotic reasoning, it's bullshit. And this needs to stop.