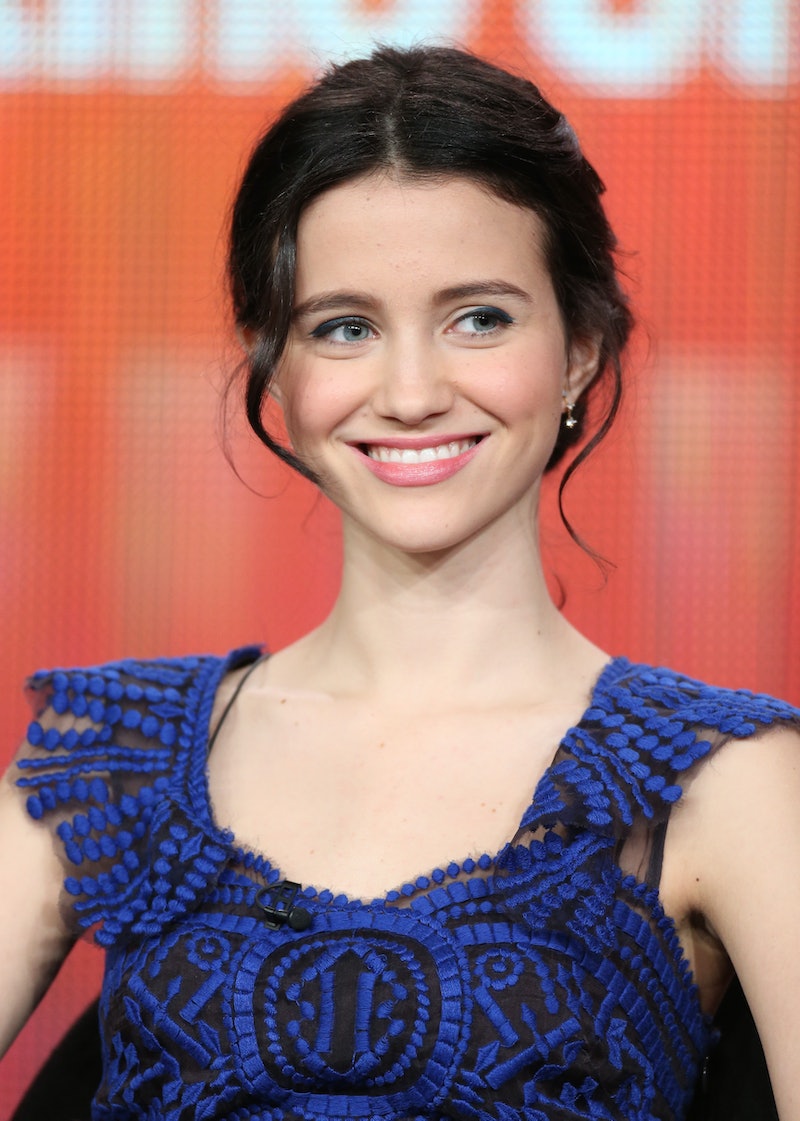 You probably won't recognize this former ABC Family star in her new role on Showtime, but you're going to be drawn to her anyway. Former Bunheads star Julia Goldani Telles stars in Showtime's new drama The Affair , premiering on Oct. 12, and her character, Whitney Solloway, is something entirely different than what she's done before. And she loves it. The series, which stars Dominic West as the 19-year-old actress' father, centers around a family's summer in Montauk and how, obviously, an affair's ripple-effect can change everything. Goldani Telles talks to me about the series' main female characters and why Whitney isn't just a stereotypical, rebellious 16-year-old.

"She is extraordinarily observant and sensitive and she notices everything around her that people might not," Goldani Telles reveals about Whitney Solloway and why we shouldn't write her off as a bratty teenager. "Information that she has about what’s going on around is going to be more specific," the actress says about Whitney's involvement in The Affair's plot, "and much more detailed than what other people are paying attention to or have."

So, don't expect her to just be floating around in the Hamptons, painting her nails and talking about how she doesn't eat carbs. Whitney only appears briefly in The Affair's pilot, mostly to complain about going on a family vacation, refusing to eat diner food, and arguing with her parents about smoking pot. But that's just the beginning of what viewers will see from the Solloway's oldest daughter on the series, the actress assures me.

"She forces Noah to tell her a lot of things," Goldani Telles says of Whitney relationship with Dominic West's character and her onscreen father, Noah Solloway. "She is a crucial part of Noah’s life and because she's highly sensitive and observant and vulnerable and emotional." All characteristics, she explains, that will make Whitney the character to unearth all of the underlying issues in the Solloway family. Whitney "brings to light a lot that's being suppressed. She’s acting out through all of the rage that’s around her and the secrets and all of the feelings that she also forces people to deal with," Goldani Telles says of why, exactly, Whitney's "acting out" isn't just typical teenage behavior.

So, what's it like to play a young character that's defiantly drawing all of her family secrets out into the sunlight? Goldani Telles loves it, mostly because Whitney is such a departure from her previous role on ABC Family's cancelled-too-soon Bunheads. "I played this character, Sasha, who thought really hard about everything and like charted things and was really anxious and nervous about the things that were going to happen to her even when she pretended that she wasn’t," she tells me about the role. "Whitney doesn’t have that, she’s really more sheltered and she doesn’t really have a real sense of – she’s not thinking three steps ahead, she’s living very moment-to-moment."

Goldani Telles is excited to explore that as an actor and she's excited and inspired by how The Affair's female characters are portrayed. "Sarah Treem is a master of the female psyche," the actress says. "She can do it at any age and portray it accurately and portray it faithfully. I think that these characters are really special because their voice is really specific." Which is obvious in how Noah as a character is shaped by the presence of his wife, Helen, his mistress, Allison, and his daughter, Goldani Telles' Whitney.

"Through being who she is, she unearths a lot of things that aren’t necessarily visible at first glance," Goldani Telles says about her character and that's going to play a major role in how The Affair evolves in its first season. So, no, Whitney Solloway isn't just a sullen, rebellious, spoiled teenager — she, like the other women in Showtime's new drama, are absolutely worth looking at deeply.