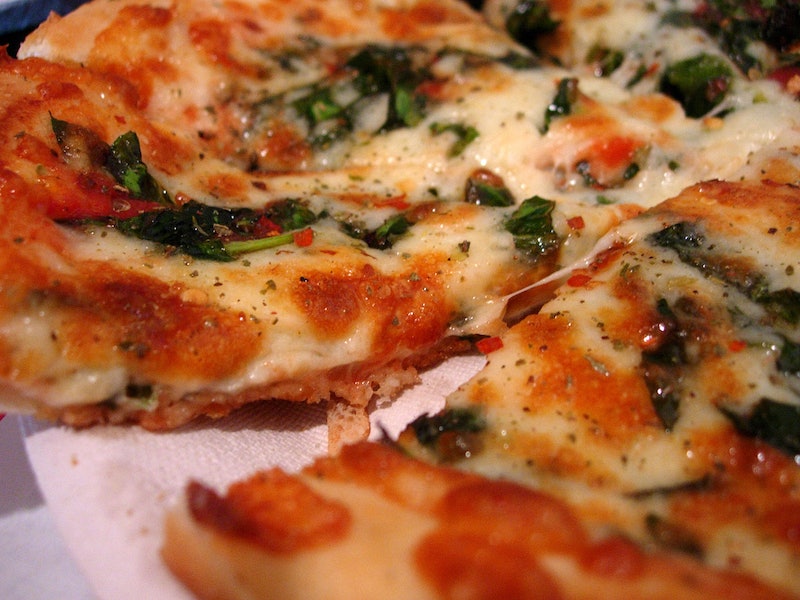 Congratulations, New Yorkers: Here’s proof that you are apparently the only people in the United States who have mastered the best way to eat pizza. As part of their “It’s Okay to Be Smart” Web series, PBS’ latest video delves into all the scientific trivia you never thought you’d need to know about everyone’s favorite late-night drunk food — including the most scientifically sound way to gobble down your slice.

Hosted by Joe Hanson, Ph.D., “It’s Okay to Be Smart” seeks to answer some of life’s most hilarious mysteries. It also proves that even mundane, everyday occurrences are pretty darn cool, so if you’re at all into random snippets of fascinating information, it’s well-worth checking out. Previous episodes have included the science of beer, whether or not the space battles in Star Wars could actually happen, and an investigation into a real-life Dr. Frankenstein. Fun, no? It was really only a matter of time before pizza made its way onto the menu (har har). Here’s the deal:

Meet the Guy Who Figured It All Out:

This is mathematician Carl Friedrich Gauss, and he’s the guy we have to thank for our mathematically perfect method of pizza consumption. Representing curved objects on a flat surface is, at best, problematic: In order to make it fit, you have to fold it, distort it, or squash it. In 1827, though, Gauss explained why that is with what’s called Gaussian curvature.

But What the Heck Is Gaussian Curvature?

Gauss established the notation of curvature that bears his name in his Theorema Egregium (literally, “remarkable theorem”). Wired, from whence" It’s Okay to Be Smart" gathered its information, does a far better job at explaining the Theorema Egregium than I could, so here's what they've got to say on the subject:

“Take a sheet of paper and roll it into a cylinder. It might seem obvious that the paper is flat, while the cylinder is curved. But Gauss thought about this differently. He wanted to define the curvature of a surface in a way that doesn’t change when you bend the surface.

“Gauss’s brilliant insight was to define the curvature of a surface in a way that takes all these choices into account. Here’s how it works. Starting at any point, find the two most extreme paths that an ant can choose (i.e. the most concave path and the most convex path). Then multiply the curvature of those paths together (curvature is positive for concave paths, zero for flat paths, and negative for convex paths). And, voila, the number you get is Gauss’s definition of the curvature at that point.”

Got it so far?

Here’s the really neat part: As long as you don’t stretch, shrink, or tear that surface, the Gaussian curvature of it stays exactly the same. Why? Because bending a surface doesn’t change any of the distances on it. As such, a piece of pizza always has a Gaussian curvature of zero — so no matter how you bend it, it always retains its essential flatness. When you fold your slice in one direction, you force it to become flat in the other — that is, the direction that points at your mouth. This causes the slice to go rigid, rather than flopping over, thus making it easier to eat.

The video goes into a few more things beyond pizza-eating methods, including what it has to do with the speed of light; alas, though, it fails to address why the Teenage Mutant Ninja Turtles are so fond of it. Maybe we can chalk that one up to the fact that they’re teenagers? Who knows. Watch the whole video below!