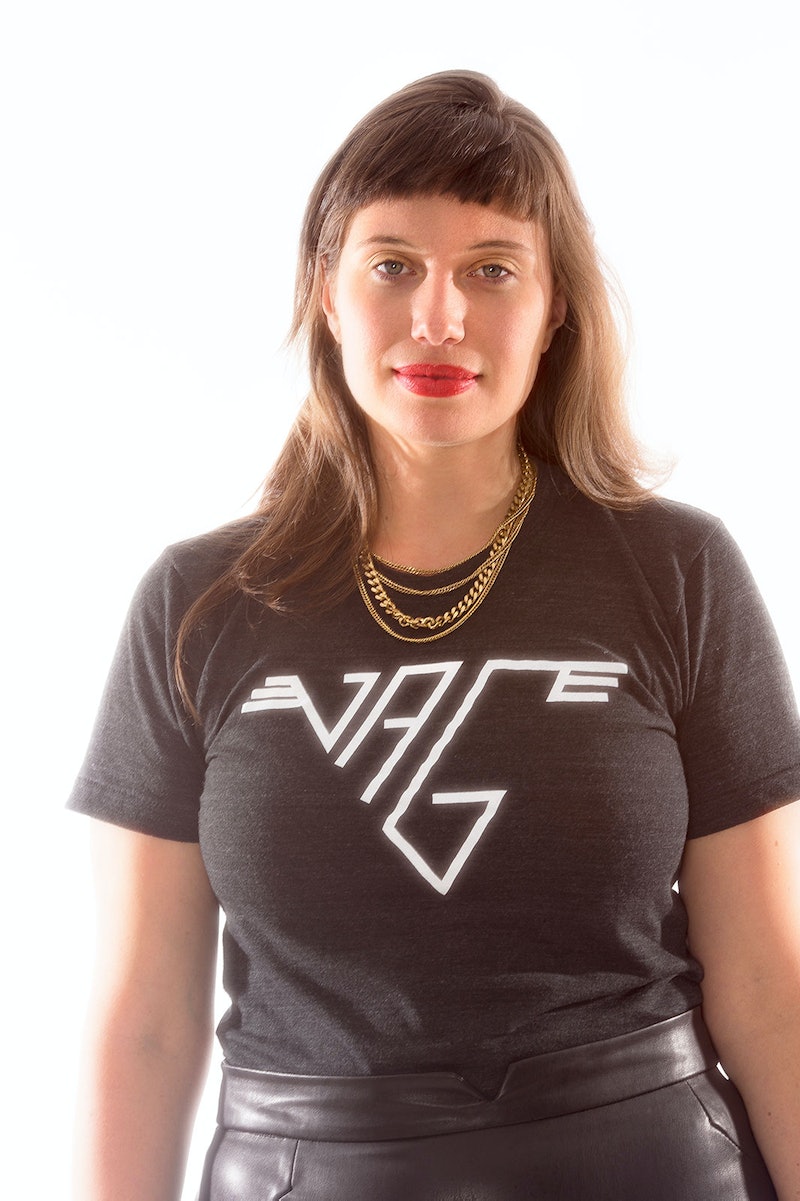 Saturday, October 11th, is National Coming Out day, which was created in the late 80s by the Human Rights Campaign to help normalize the coming out process and foster acceptance and visibility of the LGBTQA+ community. Though the Human Rights Campaign and the day itself can be problematic for a lot of people for a variety of reasons, it can also be an important day for those looking for some encouragement and support, of the kind demonstrated by Refinery29's celebration of 13 LGBTQA+ women and their coming out stories.

Photographer Kristiina Wilson documented 13 women whose coming out stories varied widely — they included Ani DiFranco concerts, crushes on moms, Church retreats, uncomfortable kisses with boys, gay bars, and struggles with depression. Most importantly, their identities weren't just limited to "lesbian" — we hear from women who identify as bisexual, dyke, trans, gay, "sleeps with girls," and even women who don't identify with anything at all.

Even though the women had vastly different stories, they all had one thing in common: they had to come out, which is something heterosexual/cisgender people will never have to do. So while you read their stories, remember that whether you feel sad or uplifted, it wasn't easy to do what they did and then share it with the world.

"I just identify as queer. I've mostly dated people of varying gender identities in recent years, so 'lesbian' doesn't seem like the right identifier for me." - Elizabeth Koke, 29, literary publicist and event planner.

"There is a stereotype that lesbians get wifed up and stay in, while gay men love to rage — but it's not true." - Yan Sze Li, 28, art director

Get to know these and 11 other women in this Refinery29 Slideshow.