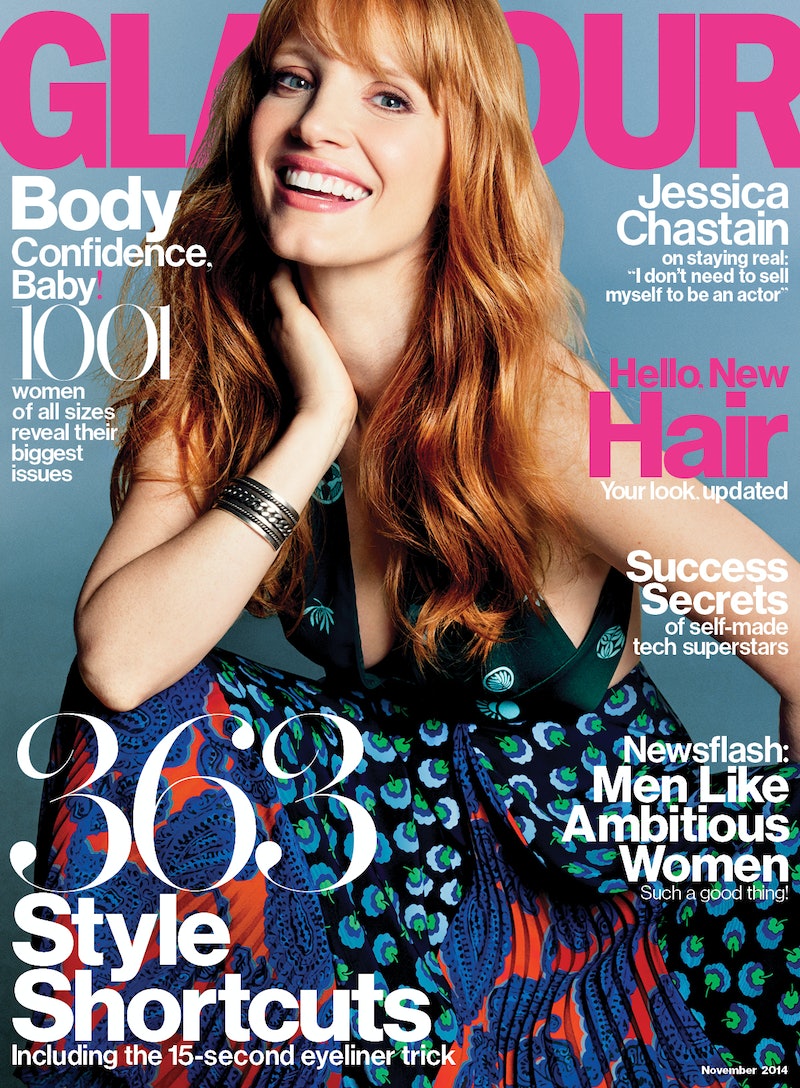 For anyone who'd maybe been hoping that body image among teenage girls was slowly but surely improving in recent decades, we unfortunately have some bad news. According to Glamour magazine's 2014 Body Image Survey, women today actually tend to feel worse about their appearance than they did when Glamour did their first body image survey in 1984. So that's cheerful.

So that all sucks.

As for guys, it turns out that body image stuff does affect them, too, but not as much. Only about a third of men reported that they felt unsatisfied with their bodies, and they were less likely to let those worries bother them, according to the study.

...that sounds about right.

So, even after all these years of trying to teach young women to love their bodies and not subscribe to unrealistic beauty standards, why hasn't anything gotten any better? Well, probably because media portrayals haven't gotten any better. After all, we're still inundated with images of thin, beautiful women everywhere we go — movies, television, magazines, billboards, even video games. There's no escaping it. And it hasn't improved. In fact, it might have even gotten worse in recent decades.

Plus, we now have a whole new source of images to compare ourselves to: social media. Because as much as I love social media, that whole "compar[ing] our behind-the-scenes with everyone else's highlight reel" thing.

The moral of the story of course is that we need to start promoting healthier body image in our society — by which I mean not just saying that it's important but by actually making changes to the way our media operates. Because until that starts happening, having a positive body image is just going to keep getting harder and harder as media infiltrates more and more of our lives.

And in the mean time, it never hurts to broadcasting positivity, so even though it is no longer swimsuit season, I will remind everyone of this: