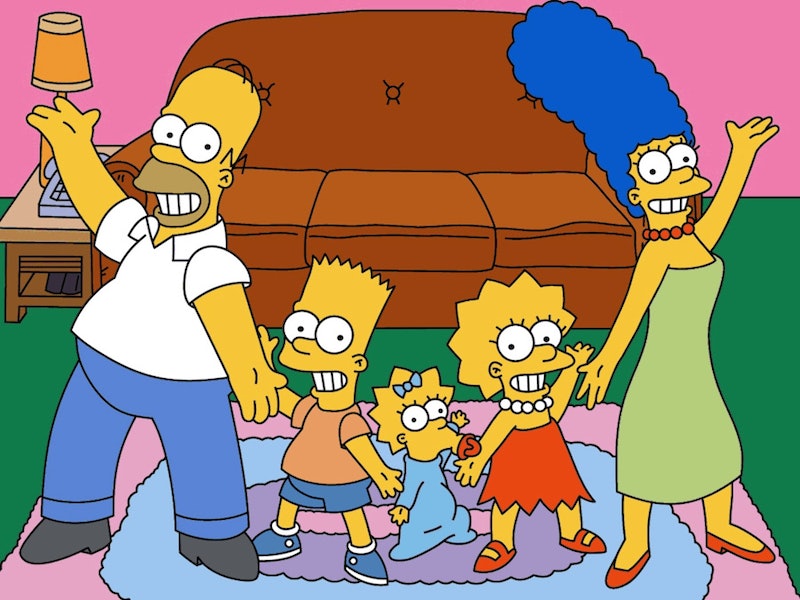 Soooo, this is weird. Apparently, some very, very dedicated Simpsons fans brought up a strange scene from the show back in the '90s, way back when we were all too busy being terrified of Y2K to worry about something like an Ebola outbreak — and it kinda sorta looks like a 1997 episode of The Simpsons predicted the Ebola outbreak.

I said it was weird.

Anyway, considering The Simpsons has been on air for decades and the chances of happenstances like this taking place at any point in time go slightly up every time there's a new episode — I mean, remember that time people thought The Simpsons predicted the 9/11 World Trade Center attacks? — this is most definitely just a weird coincidence, and not indication that series creator Matt Groening is, like, Nostradamus reincarnated. But, some people apparently believe it, as Uproxx and The Daily Mail pointed out — one, in particular, who goes by the username "Thecontroversy7" on YouTube:

Is there something we are not being told? Is it by pure chance & coincidence that the Simpsons would do predictive programming? There has been numerous predictions from The Simpsons which revealed futuristic events which came to pass. What of the Ebola recurrence in 2014? Is it planned or is it just by natural means? Ebola was not in the 90’s, but it happened long ago in the mid 70’s… But The Simpsons reveal in late 90’s Ebola virus… Interesting right?

I mean, it could also be said that coincidental predictive programming happens a lot, especially when you're describing a futuristic setting as a plot-point — mostly because as a writer, you realize that history often repeats itself, and in an effort to make your story as solid as possible, may look at what has previously happened in the world for inspiration. And Ebola was discovered in 1976, so...

But, you know, that'd be too logical.

Here's "Thecontroversy7" talking about it:

Man, if the stuff predicted in Back to the Future Pt. II ends up coming true, I feel like this guy's gonna freak.