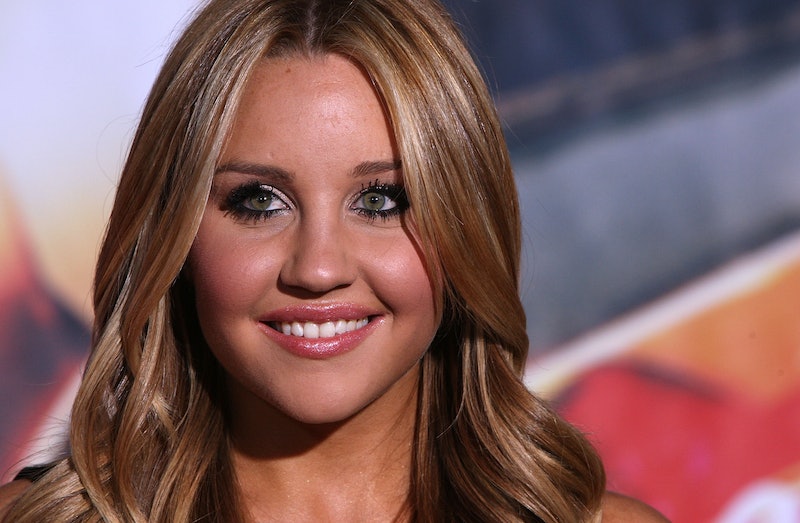 Amanda Bynes' brother and sister have both come out in support of their father, Rick Bynes, amid the sexual abuse allegations the 28-year-old actress made against him. The statement given to TMZ by her siblings Jillian O'Keefe and Tommy Bynes through their lawyer Tamar Arminak comes on the heels of a similar statement made earlier today by their mother saying that her daughter's allegations had no basis in truth. According to TMZ, Amanda Bynes' siblings are attributing her actions to her desire to stay out of treatment. Their lawyer told TMZ,

We are disturbed beyond words that Amanda would come up with such a fabrication as a way to avoid getting much needed help or treatment ... We are pained by [Amanda's] behavior but we absolutely give our full unconditional love and support to our wonderful parents.

After Bynes' mother, Lynn Bynes, released her statement earlier today refuting her daughter's claims, Bynes went on her Twitter to, apparently, admit that she was making everything up.

Earlier today, TMZ reported that Bynes was attempting to leave New York in effort to avoid her family finding her and forcing her to seek treatment. She allegedly got into a fight with a ticket agent at LaGuardia airport and was forced to then go to JFK. A video has also been produced that shows Bynes acting strangely before she was accused of shoplifting at Barney's department store in NYC on Oct. 8.

While it seems that Bynes has been inspired to make these claims on Twitter because of various mental health issues, it is important that what she says is not so quickly dismissed. Giving the victim the benefit of the doubt is generally the best course of action when these kinds of sexual abuse allegations are made. However, while her family is coming out in support of their father and husband, this focus could send a message to Bynes that she is being alienated.

I understand the need for them to stand by a family member when they believe that what Bynes is claiming is false, but the actress needs a united family front and statements like these could seem like her family's point is more about Rick's innocence than her own wellbeing. If any more statements are made, I hope they do not just reiterate that they believe Rick Bynes is innocent, but instead send more love and support to Bynes and urge her to get the treatment she may need.