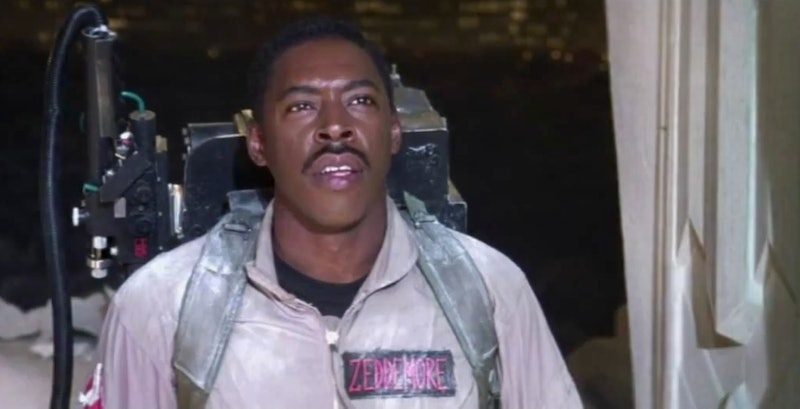 God dammit. We could have done this all smooth-like, with limited pearl-clutching. Alas, that is not the world in which we live. A female-led Ghosbusters movie may indeed be happening, but if history's taught us anything, it's that there's always a dude to whine about it in the corner. This time that dude is Ghostbusters ' own Ernie Hudson. We could have had it all. Why, Ernie, why?? Why you gotta play us like this?

Asked about his opinions about the Paul Feig-directed, Katie Dippold-written reboot that's happening, Hudson — who played Winston Zeddemore in the original movies — let his beef with the movie be perfectly clear (emphasis mine) in an interview with The Telegraph :

[...] I love females. I hope that if they go that way at least they’ll be funny, and if they’re not funny at least hopefully it’ll be sexy. I love the idea of including women, I think that’s great. But all-female I think would be a bad idea. I don’t think the fans want to see that.

I personally am of the opinion that this will come out and be the most amazing thing, but even if it isn't, this is a load of crap. As a member of the original cast, Hudson has every right to want to be a part of the reboot and to want the best for the movies he helped make iconic — but he's really pointing his ire in the wrong direction if he thinks the quality of this reboot has anything to do with the gender of its leads. And "if they're not funny at least hopefully it'll be sexy"??