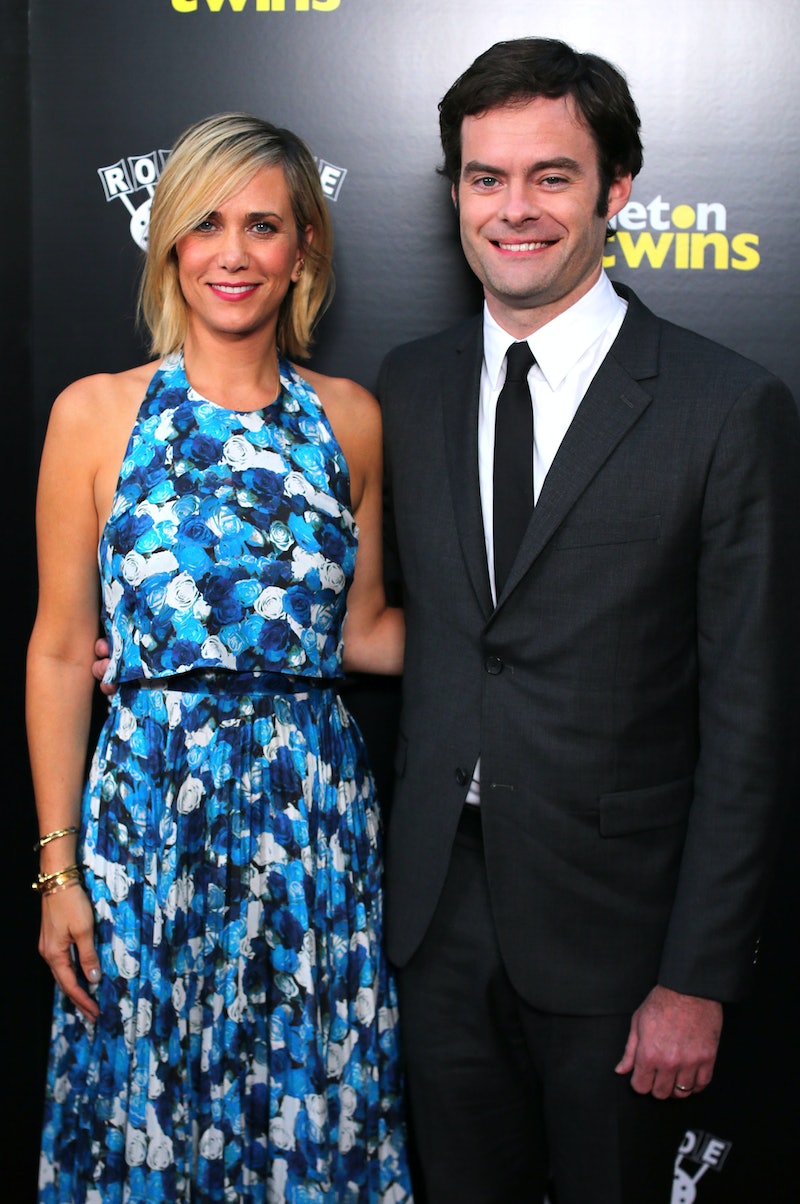 When an alum of the hit Saturday Night Live returns to the show to host, fans can’t help but hope they’ll bring some friends back to play with them, right? So when it was announced that Bill Hader would host SNL, I couldn’t help but run through what friends/ past cast members he would bring with him to the show. With his new, highly acclaimed, film The Skeleton Twins out, starring Hader and ex- SNL cast member Kristen Wiig, it wasn’t totally out of the realm of reality that Wiig would return to the SNL stage, which is exactly what happened minutes into his monologue.

When Hader brought up his movie with Wiig, it felt like either a really mean tease, or a dream come true, and luckily it was the latter! Hader explained to the audience that he had always wanted to sing on the show — despite being known for his impressions — but he just didn’t have the voice for it (he compared his voice to that of Harvey Fierstein). Enter Kristen Wiig, and enter me screaming at my television. Wiig gives Hader advice on how to find the courage to sing for the show, and they cue music for Wiig and Hader to enchant us with their beautiful voices.

Well, at least Wiig’s voice was pretty good. Hader’s was almost exactly as he described it, a Harvey Fierstein style, but the bad version of that. And because he channels Fierstein when he sings, it only makes sense that Fierstein would show up for the remainder of the monologue and sing with Hader — with Wiig on the saxophone, of course.

And while it is great to have Hader back on the SNL stage, it is especially great to have Wiig back on the show. I just kept thinking every second she was on stage, “Oh, how I miss her so. Why won’t she come back?”

And as if her spot in the monologue wasn't enough — because when it comes to Kristen Wiig, I can never get enough — Wiig returned later in the show in a Hollywood Game Night sketch, playing her famous Kathy Lee Gifford. She had the wine, the funny faces, and the "What am I even saying?" mumble after each line. It was perfection. And while it is sad to admit that Wiig isn’t on the show anymore as a permanent cast member, we should celebrate these wonderful moments we get wither her on the show as a guest.