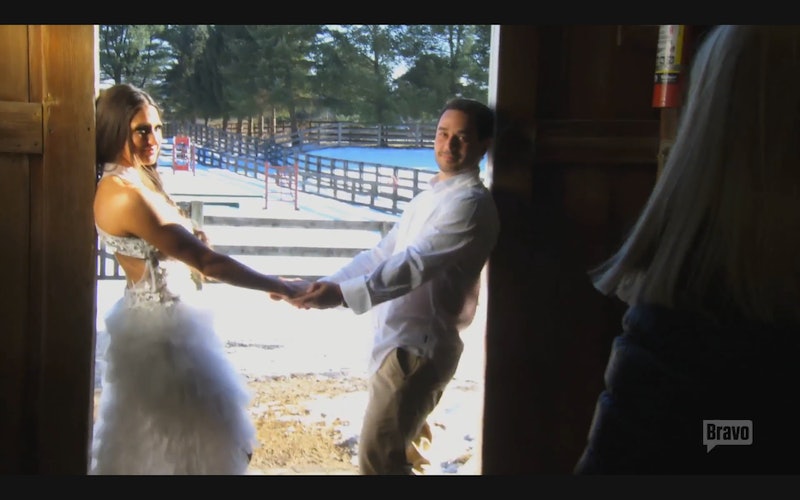 No one in Real Housewives of New Jersey history has been as hated as Danielle Staub — until Jim Marchese joined the cast this year. But tonight, as Amber and Jim took photos to celebrate Amber's fifth year of being cancer free, something incredible happened. People started warming up to the Marcheses on Twitter. Usually Jim spends the entire episode defending his actions by blaming alcohol or talking about how much he hates Bobby Ciasulli, but tonight, he didn't have to, since almost everyone was saying something positive.

Jim's topless outdoor photoshoot for Amber seemed like a slightly odd choice for the dead of winter, but it made her so proud and happy that it feels wrong to judge. And their candlelit dinner underneath the photos was a little cheesy (come on, Jim, you can come up with a better excuse than "I have to go to the bathroom"), but well-earned. Hey, if you beat cancer, you get to decide how to celebrate it. Of course, it's hard to believe that the designated RHONJ villains have made such a hairpin turn to "misunderstood" in just a week, but it's pretty convincing. Jim even cried on camera. If this is just image management, they're working very hard to sell it. 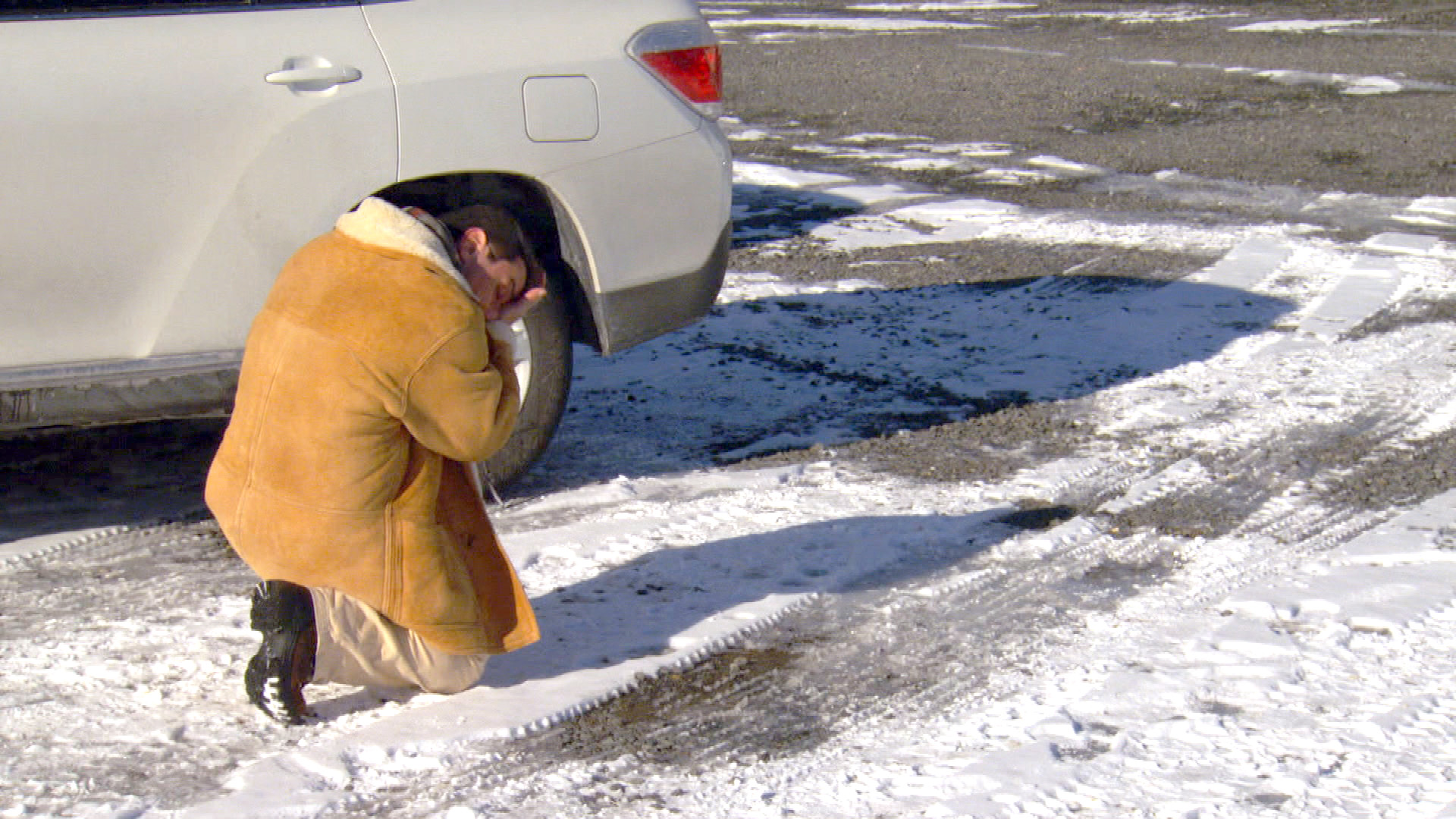 Even I have to admit despite finding both of them thoroughly annoying, after watching both Marcheses be completely rational human beings for an hour, Nicole and Teresa came off pretty badly in comparison. After all was said and done and the Bravo editors worked their magic, it sounded like Nicole was busy spreading that terrible, horrible, no good, very bad rumor to Kathy, Jacqueline, and Rosie while Amber and Jim minded their own business and never brought it up once. Seems a little hypocritical, especially since they're supposedly worried about what "drama" will arise when Nicole is the one who ripped out Amber's hair back in the first couple weeks of the show.

Well, we'll see what happens on the finale. The Project Ladybug party is a sorry stand in for a Posh fashion show, but something tells me the RHONJ will be able to make even a kid-friendly charity event an avenue for throwing drinks, screaming accusations, and talking about one another's mothers and whether or not said mothers slept with any of their sons-in-law. According to Dina, just after the spa day went well and Amber got along with the other ladies no problem, the Marcheses called her to explain that Jim would not be attending her event or be associated with it in any way. Sounds like he's expecting something pretty crazy, and, as he's made very clear, he's got a nose for Housewives drama.