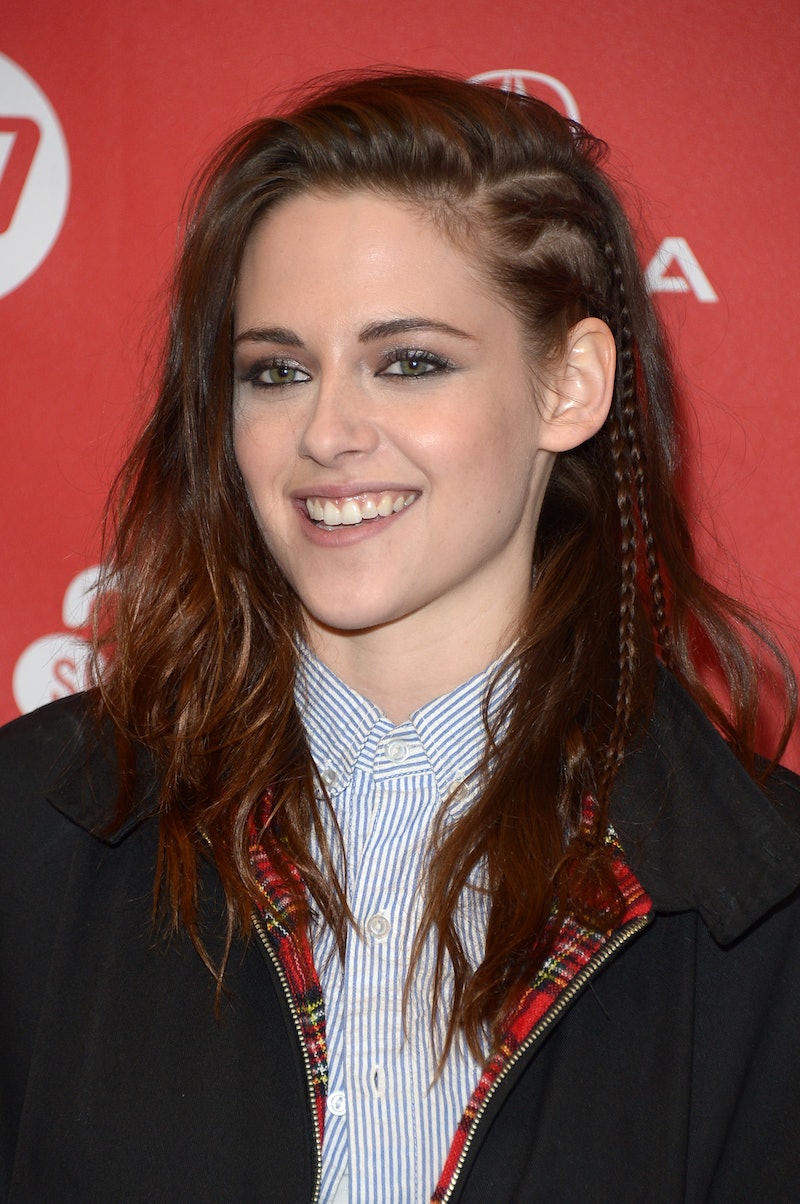 In her post-Twilight days, and even during her Twilight days, Kristen Stewart has always been a polarizing figure. She is often compared to Jennifer Lawrence, because many discovered that the two are incredibly similar but people respond to them in incredibly different ways. Lawrence is America's Sweetheart and Stewart, who has always been more introverted in her awkwardness, tends to have a lot of haters. However, if you didn't consider yourself a fan of her before then now's the time. Stewart opened up about feminism in an interview with the Daily Beast.

To be fair, the word feminism is thrown around by celebrities a lot these days. In the past, we had a lot of celebrities who would state that they weren't feminists, even as they went on to express feminist views. The most recent example is Shailene Woodley. However, there's been a surge as of late of numerous celebrities reclaiming the word feminist and trying to remarket it to their fans as the positive thing that it has always been. Beyoncé, Emma Watson, Taylor Swift, and even Joseph Gordon-Levitt have all gone out of their way to do so.

During its interview with Stewart, the Daily Beast asked her why she thought that so many people had refused to call themselves feminists and why some might still refuse to. Stewart's response was thought-provoking.

That’s such a strange thing to say, isn’t it? Like, what do you mean? Do you not believe in equality for men and women? I think it’s a response to overly aggressive types. There are a lot of women who feel persecuted and go on about it, and I sometimes am like, “Honestly, just relax, because now you’re going in the other direction.” Sometimes, the loudest voice in the room isn’t necessarily the one you should listen to. By our nature alone, think about what you’re saying and say it—but don’t scream in people’s faces, because then you’re discrediting us...

It’s the overcompensation to where our generation goes, “Relax,” because it’s been easier for us, and because we don’t have as much of the anger, so it’s like we can’t get behind it and it’s a bit embarrassing. But that being said, it’s a really ridiculous thing to say you’re not a feminist.

It would be very easy to say that Stewart has put her foot in her mouth again. After all, women are still persecuted in a lot of ways and if we don't keep pointing out instances of injustice then they're not going to change. And in order to be heard, most of the time we do need to scream in people's faces. However, she brings up an interesting point about why she thinks that feminism has seemed inaccessible to younger people before. In the past, persecution of women has been more blatant, more open, and there was less that could be done about it. She thinks that the people of her generation react negatively to the stereotype of the Angry Feminist because they feel there's less to be angry about these days. It's been a common thought in today's modern world that there's no longer a need for the feminist movement because, as Stewart says, "it's been easier for us."

Thus it's very easy to see Stewart's point. Many women who divorce themselves from the feminist label are doing it in the sense that they don't want to be labeled as "angry" or, worse, as a "man-hater." They believe those negative, overly aggressive interpretations of feminism are what the entire movement is about and try to distance themselves from that. However, celebrities like Beyoncé, whose entire career shows that you can exude sexuality and love your man and still be a feminist icon, celebrities like Watson who spearheads an entire campaign to invite men to join in the feminism movement, celebrities like Swift who can admit that she didn't consider herself a feminist until she learned what it meant and is still learning what it means — they all present a new side of feminism that younger people might not have heard of before.

They present a movement where any person of any walk of life, any person of any gender, can stand up and be a feminist. Where it's not all angry rants (though I do love my angry rants) and bra-burning and complaining about men and throwing around words like patriarchy. Where it's a community of women and men coming together to say, "Hey, I believe our genders are equal and should be treated equally. How can I make that happen?" Where it's less about anger and more about activism and positivity, driven by an ambitious desire to change an imbalance in the world.

In one neat response, Stewart summarized a key problem with the way that people perceive feminism and why the message has, perhaps, been a little too inaccessible to the modern generation. And with her and Stephenie Meyer working with female filmmakers to produce five new Twilight films in order to encourage more women into the film industry, there can be no doubt that Stewart is doing her part to get her generation involved in the discourse and in the movement in a positive way, she feels, that they can relate to more easily. If you weren't already a fan of Stewart, now would be a good time to change your mind.