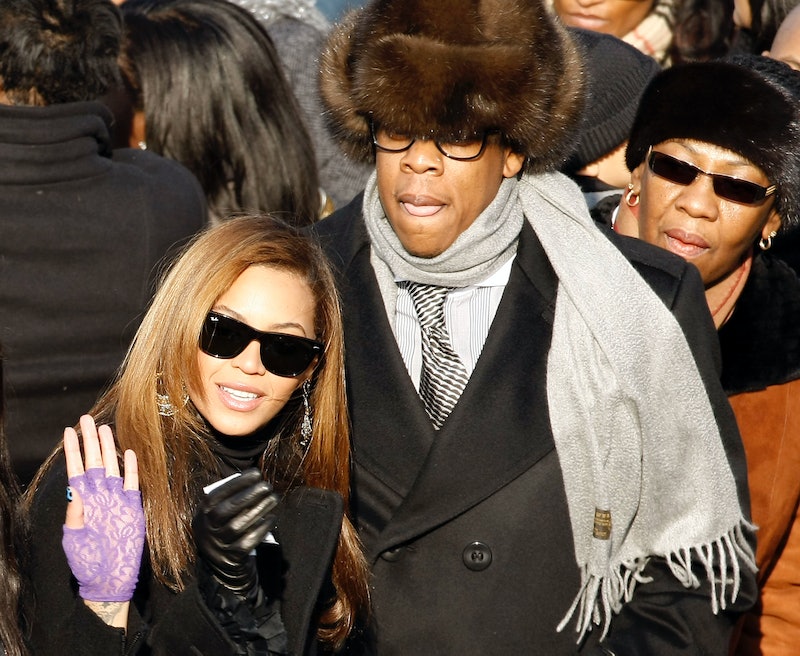 No matter how busy the family Carter may be, they still manage to squeeze in some quality time. Case in point, Beyoncé and Jay Z went to the Louvre last week and introduced Blue Ivy to the fine arts. In addition, baby Blue was also introduced to the fact that closing down public institutions is a totally banal thing for her parents. They just had the most famous museum in the world all to themselves. No biggie.

Lucky for us prying plebs, Beyoncé meticulously documented the outing. Thus, we have pictures of the power couple to end all power couples engaging in a silly spree all over this temple of artistic touchstones. There’s a picture of Bey and Jay mimicking the tempered expression of the Mona Lisa. There are pictures of Bey and Jay recreating the poses of various marble statues. There are even pictures of Blue Ivy gamboling about the hallowed halls lined with priceless masterpieces. In other words, it was just another regular day for her.

Remember the scene in Ferris Bueller’s Day Off where Ferris, Sloane, and Cameron spend the day goofing off in the Art Institute of Chicago? Well, that’s essentially what the Carter family field trip to the Louvre was like. Years from now, Bey, Jay, and Blue will look back at this day in the photo album and think: "Even with the heckling of that insolent tourist, this truly was a perfect day."

This represents a defining moment in the history of humankind.

A love story for the ages.

This got me thinking. Beyoncé and Jay Z mimicking famous works of art should really be a photo series. If they're looking to add to this album, I know exactly which pieces of art they should recreate next.

They're basically already doing this.

It's just a necessary thing.

The Abduction of Psyche