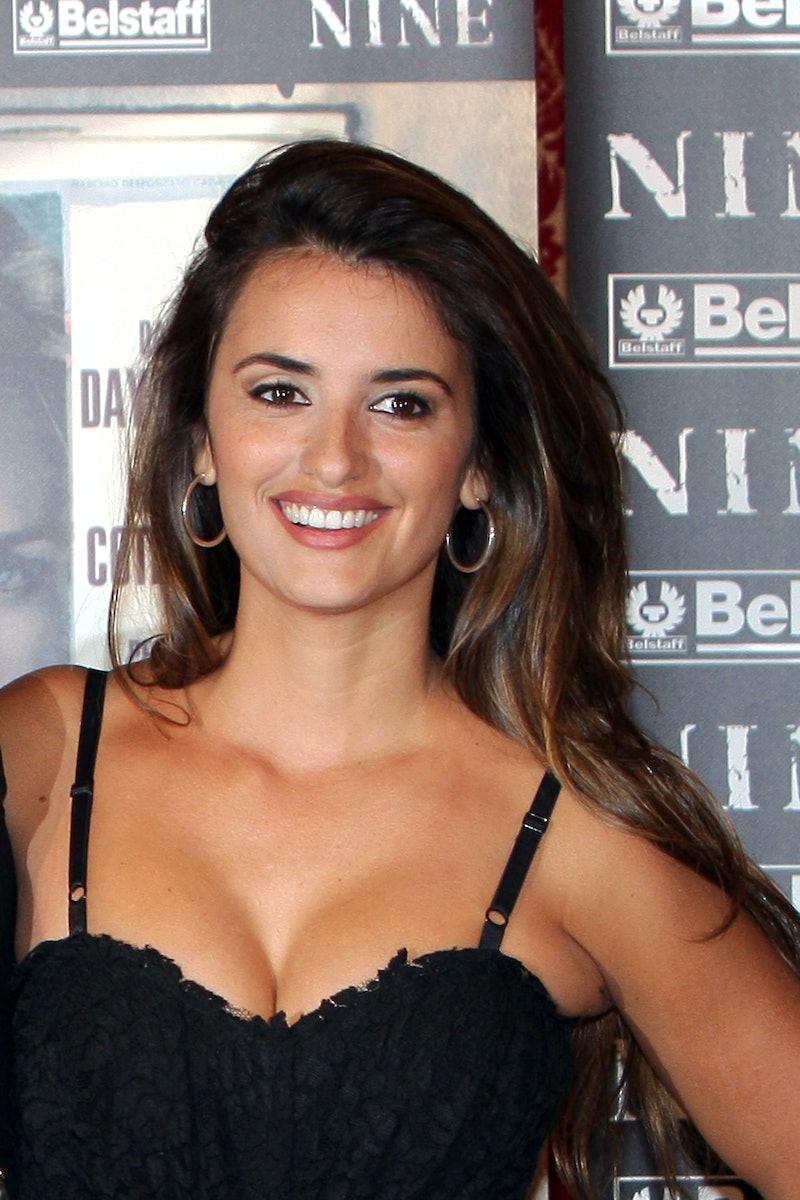 It's a big title, and not many women get, either. Penelope Cruz was named Esquire magazine's Sexiest Woman Alive for 2014, and its decision to name the 40-year-old Spanish actress is rather noteworthy. It's not that Cruz doesn't deserve the title, looking at her — as the writer of her feature in Esquire's November issue said — is "like staring into the most unflattering mirror." This woman screams sexy. But in addition to being beautiful, Esquire's choice in giving Cruz the title also speaks toward the, thankfully evolving, meaning of sexy.

Each November, Esquire names a women in Hollywood to be the Sexiest Woman Alive. (Last year, Scarlett Johansson was named by the magazine for the second time — the first person to be named twice.) But Esquire isn't the only publication that hands out such a title. People magazine names Sexiest Man Alive each year, and Maxim has its Hot 100 list. But Esquire's title seems to acknowledge the diversity in women more than any other “sexiest” title out there. Let’s look at the stats of Esquire’s Sexiest Woman Alive.

Cruz, 40, is the second woman 40 or older to be named Sexiest Woman Alive by Esquire. Halle Berry, who was named in 2008, was 42 when the magazine honored her. That makes two women — out of 11 that have been named — who are 40 and over. The average age of Esquire’s sexiest title is 30 years old. People’s Sexiest Man title has named men under 40 “sexiest” for the last four years, although 2014’s title holder has not been named yet. Meanwhile, Maxim’s Hot 100 10 “hottest women” of 2014 are no older than 34.

Esquire’s list also features four mothers on its list (women who were mothers at the time of their naming). Cruz has two children, while Angelina Jolie (2004) had had Maddox at the time, Kate Beckinsale (2009) had a 10-year-old daughter when she given the title, and Halle Berry had just given birth to her daughter, Nahla, months prior to being named the sexiest woman in 2008. People magazine isn’t as inclined to name fathers to its title; the last father it awarded the Sexiest Man Alive title to was Johnny Depp in 2009.

So while it isn’t a lesson we need to learn, we already know that all women are sexy; Esquire is an unexpected champion in an otherwise bizarre title category. Other publications could make strides in the direction Esquire has chosen to take by adding more diversity to their title holders.