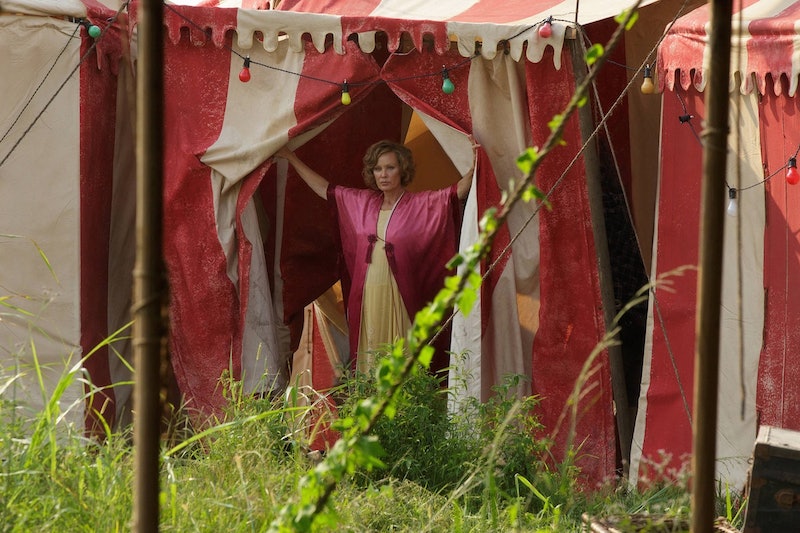 It only took one episode for FX to renew American Horror Story for a fifth season, after it had a record breaking (10 million viewers) premiere episode with it's Freak Show season of the anthology. And after watching how on point the AHS: Freak Show premiere was, there really is no question why FX would bet money on another season. In one of its creepiest premieres so far, creator Ryan Murphy managed to scare viewers with a number of elements, which viewers wait for each year. And while past seasons haven’t totally managed to terrorize viewers as much as some would like, it seems that this fourth season could be the scariest yet. No pressure, Murphy. But with that in mind, where can the show go from Freak Show?

What AHS does — that makes it work so well — is that no two seasons are the same, and no two characters are the same (except, Pepper — love her). And because the creators of the show use this technique, each season is a new starting point, allowing it to explore many creepy avenues. So with a fifth season on the horizon — OK, maybe in a year, but we still have to survive Freak Show — what terrifying topics does the show still have to cover?

I just really like the sound of AHS: Monsters. This should be set at an orphanage, featuring all of the scary monsters that we were scared of as a child. I'm talking werewolves, vampires, and a serial killer called “the Bogeyman,” which I am just scared of from thinking about.

AHS meets Rosemary’s Baby, but the evil neighbors (the Castevets) side of it. Jessica Lange, if she does a fifth season, would be great as a cult leader — satanic, of course — luring in unsuspecting recurring actors like Taissa Farmiga, Lily Rabe, and Emma Roberts. Obviously there would need to be sacrifices, and terrifying chants included.

This season could feature a serial killer who runs a funeral parlor, or maybe even supplies business for the funeral parlor — if you know what I mean. Funeral parlors are have always felt so creepy, AHS could live there forever.

It’s only a matter of time that AHS tackles the extraterrestrial theme. They touched on it in Asylum — I think? Still not sure what happened with Kit’s wife —but we need an entire season, specifically set in the southwest, during the 40’s. Also, a great time to explore military plot lines.

This type of season could explore zombies, which again, were touched on ever so briefly in Coven, but not nearly to the full extent that AHS can give the concept.