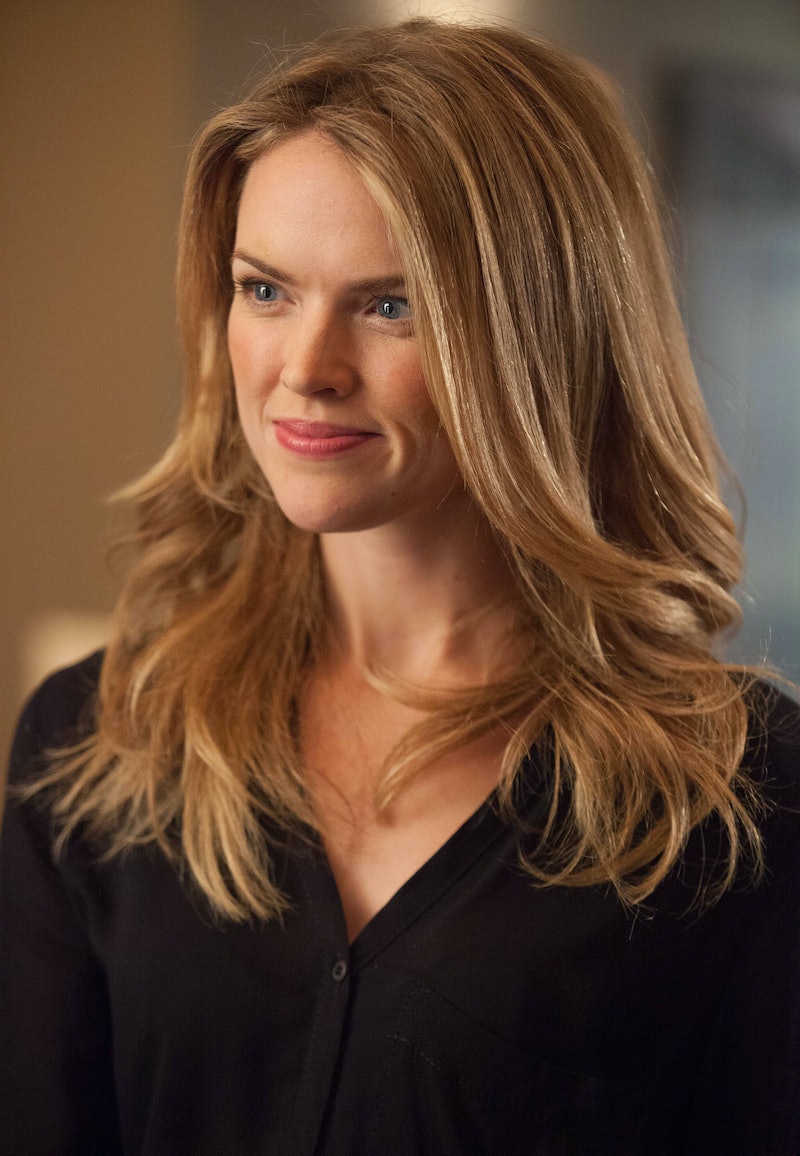 On Monday night's Gotham, the moment we've all been waiting for finally happened. Well, one of the moments anyway. Barbara Kean and Renee Montoya were dating prior to Barbara's relationship with Jim Gordon, but apparently she and Jim had never had the exes talk. Renee kept visiting Barbara when Jim wasn't around and Barbara kept keeping that little secret to herself, at least until now. When Monday's Gotham episode showed Barbara telling Jim about her relationship with Renee, I don't know what I was expecting, but it definitely wasn't what happened.

It all started when Barbara confronted Jim about all the secrets he's been keeping from her, like, for example, who Oswald Cobblepot is. Jim immediately deduced that she got that information from Renee and demanded to know the nature of their relationship with one another. When Barbara admitted that she and Renee had dated "years ago," Jim got angry with her. Don't worry, not because Renee was a woman. No, he was angry at Barbara because she lied to him. Which was absolutely rich coming from Jim Gordon, who has not told Barbara the full truth since the pilot episode of Gotham, if even then.

Barbara's confession was overshadowed by the sheer unfairness of the situation under which she made it. She started out finally confronting Jim about all of his half-truths and secrecy and ended it apologizing to him for her own half-truths and secrecy. She never even got to find out who Oswald Cobblepot is before the episode was over. How did Barbara go from demanding answers to apologizing for not giving any of her own? And when is Jim finally going to trust her enough to be honest with her? You'd think he would learn to start when she let the Penguin into her home without having any idea who he really was or when she gave him the ultimatum that led to her walking away from their relationship.

However, as unfair as it was, the conversation did give us another piece of the puzzle that is the relationship between Barbara and Renee. Apparently, they dated for only a year before Barbara broke it off and got over it. She was hesitant to say that Renee was over her — because, as we all saw, Renee clearly isn't — but is Barbara really as over Renee as she claimed? She and Jim broke up at the end of the episode over his refusal to let her all the way in, so will Barbara wait for him? Will she try to move on with Renee? Or will she try to move on with her life as a single woman while the wound is still fresh?

Renee has already made it clear that letting Barbara go is one of the biggest mistakes she's made in her life and now it seems like Jim has repeated the same mistake. But will Jim and Barbara get back together? That much seems inevitable. After all, they haven't had Barbara Gordon aka Oracle yet. They haven't even made it down the aisle yet. The real question is how long it will take them to get back together. If Jim doesn't start letting Barbara in instead of pushing her away, then his secrets could keep them apart for a long time. And he got mad at her for keeping them? Tsk, tsk.