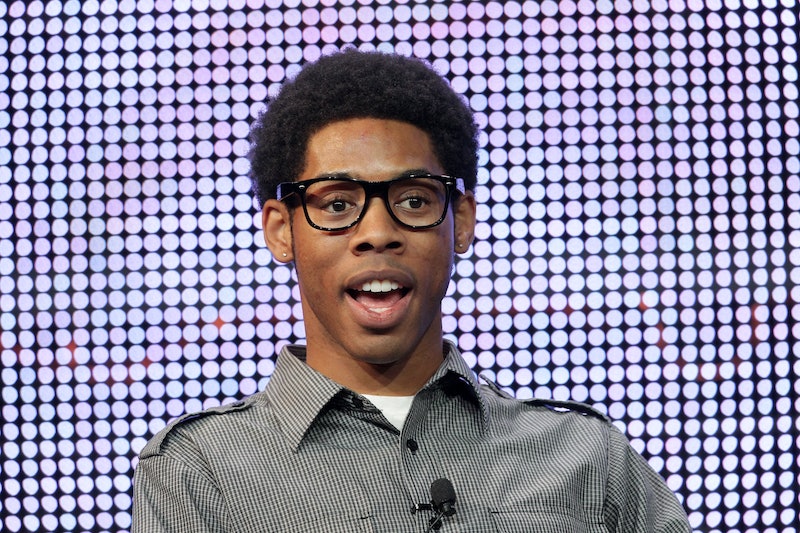 Alphonso McAuley, Vine star extraordinaire, isn't just another funny face. This acting, improv-ing, Vining wunderkind has amassed an incredible 1.1 million followers and a pretty legit career as an actor all by 30 years old, and all while managing to make the world seriously LOL. McAuley is clearly destined for seriously big things, and if you've taken a look at the epic collection of characters he's built through Vine or the ones he plays on TV, there's no way you can disagree (and if you do: thanks for your time, there's the door, bye).

If you've come across McAuley before, it's likely because you stumbled upon one of his unique six-second Vine creations, which include standout bits like "Rico the Bike Cop", "Social Media Preacher," and "The Pedestrian Model." His solo Vines and his collabs with other famous Viners like King Bach and Alphacat (a.k.a. Iman Crossan) have racked up loops like crazy, and his popularity is rising as we speak. Those comedic skills didn't come from just anywhere, though, because McAuley has been professionally acting for quite some time, starting with his stint as Bucky in 2004's Fat Albert reboot.

McAuley told Backstage.com all about landing the role that eventually sparked his Hollywood career:

[The director] called me in and said, "You're really funny and your facial expressions are awesome...the world needs to see your face. I want you to play the role of Bucky." It was so exhilarating and very surreal.

From there he only moved up in La-La-Land, landing not one, but two major roles on TV shows at the exact same time. He was on Fox's Breaking In from 2011 to 2012, and played Latrell on TV One's Love That Girl! from 2010 to 2014. He was also one of the few shining beacons of light in Elizabeth Banks' awful hungover romp Walk of Shame earlier this year, playing the hilarious character Pookie. A few hit TV shows, co-starring in a big movie with A-list talent, and a lucrative Vine career? Um, can ya save some success for the rest of us, Alphonso?! When it comes to taking the world by storm, he says:

People ask me "What's your secret?" I am willing to take risks and commit to them. Do or die. And I audition like I don't really need it. Producers can tell if an actor is desperate to get a role. When you go in and you're like, "I'm going to give you the best performance whether I book this or not," that's what they like.

Whether you're a fan of Alphonso the Thespian or Alphonso the Viner, there's no denying that he's got a jaw dropping amount of comedic talent. Just take a look at this:

And last, but not least, this:

If you're laughing you better get used to it, because Alphonso McAuley definitely isn't going anywhere.