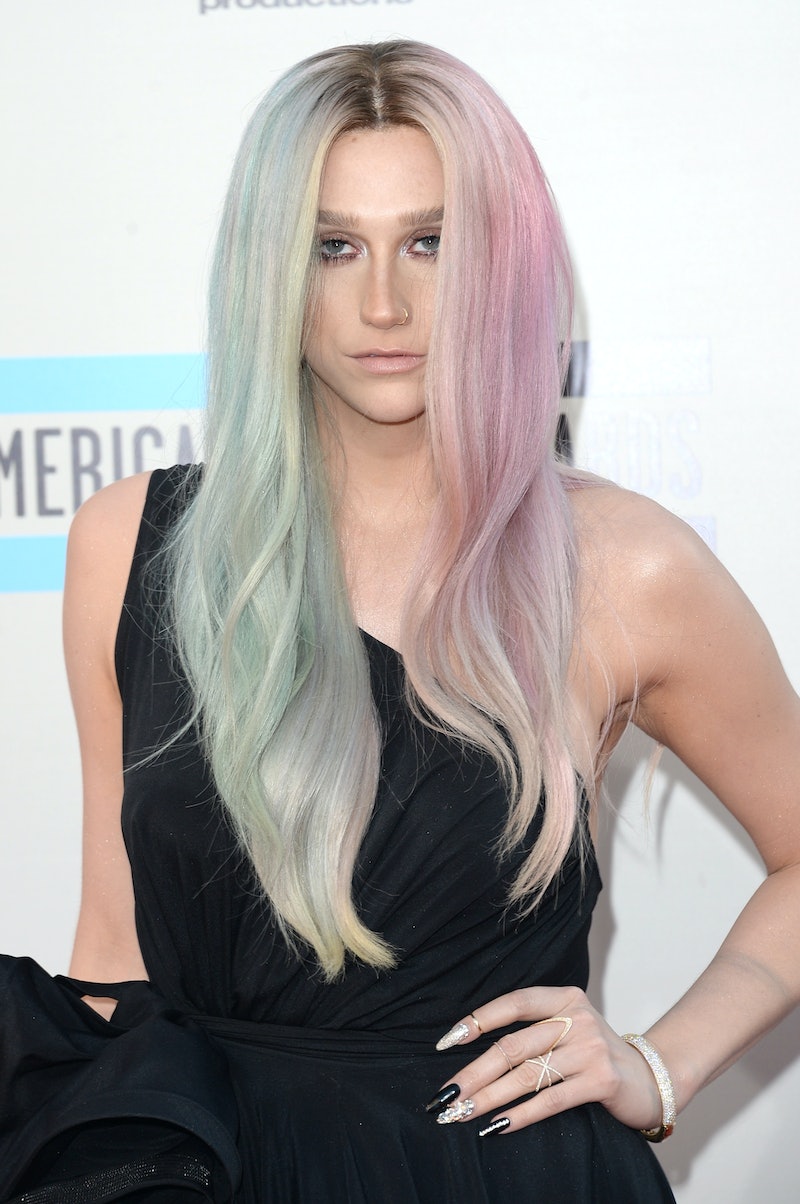 Back in January, Kesha checked into rehab for an eating disorder. After two months, she completed treatment and declared herself a survivor, sharing the message that she had decided to face her problems head on. Her road to recovery has been undeniably admirable. Accompanying this news, there were reports that it was comments from her producer, Dr. Luke, that triggered her body image issues. He reportedly told her she looked like a "fat f--king refrigerator" on set of a music video and constantly told her to lose weight. Now a report from TMZ claims things were much more serious (as if that wasn't already bad enough), and Kesha is suing Dr. Luke for 10 years of emotional, physical, sexual, and verbal abuse.

Dr. Luke, real name Lukasz Sebastian Gottwald, is a 41-year-old award-winning music producer, who not only has worked with Kesha, but other big female names, including Kelly Clarkson, Katy Perry, Britney Spears, Rihanna, and Avril Lavigne. If true, the allegations of Dr. Luke's abuse is extremely disturbing, especially considering how many women he has worked with.

TMZ obtained a copy of Kesha's lawsuit and shared what it contains. The details are horrifying and heartbreaking:

Kesha claims Dr. Luke was abusive towards her almost from the get-go — when she signed on with him at 18 — and made repeated sexual advances toward her. She claims he would force her to use drugs and alcohol to remove her defenses.

The site states examples, including Dr. Luke forcing Kesha to snort something before boarding a plane and then forcing himself on her while she was drugged. He is also said to have given her "sober pills" and after taking them, she woke up in his bed naked, sore, and without any idea of how she got there.

Apparently it only gets worse:

She says he attacked her at his Malibu house where he was "violently thrashing his arms at her." She says she escaped and ran barefoot down PCH and hid in the mountains.

Through the lawsuit, she is hoping to take back control of her career and be freed from her contract with him. Her lawyer, Mark Geragos, told TMZ,

This lawsuit is a wholehearted effort by Kesha to regain control of her music career and her personal freedom after suffering for ten years as a victim of mental manipulation, emotional abuse and an instance of sexual assault at the hands of Dr. Luke.

Wow, I have no words. Other than Kesha really is a warrior — just like her album title. Wishing her all the best, and I hope the judges grant her the freedom she deserves.

We have reached out to Dr. Luke for comment and have yet to hear back.

More like this
Adele’s All-Female Lineup Includes Kacey Musgraves, Mahalia, & Self Esteem
By Shahed Ezaydi
You Might Want To Rewatch 'Elvis' For This Britney Spears Easter Egg
By Grace Wehniainen
Sadie Sink Would Escape Vecna From 'Stranger Things' With This Taylor Swift Song
By Grace Wehniainen
Zooey Deschanel Can't Be Anyone But Herself
By Samantha Leach
Get Even More From Bustle — Sign Up For The Newsletter