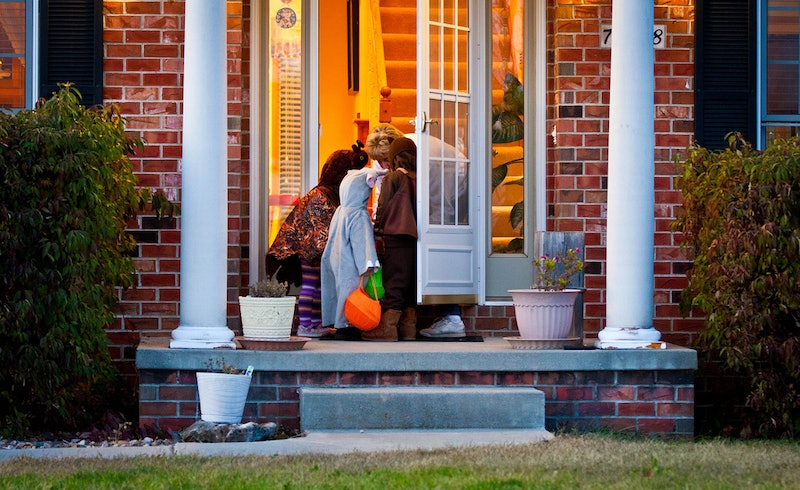 If your childhood Halloweens were ever like mine, you spent a great deal of time each year coming up with the perfect plan to maximize your candy gathering. But hey, guess what? Now that we’ve got the Internet, real estate site Zillow has done the work for you with their list of the top cities for trick-or-treating. Looks like Operation: Trick-or-Treat just got a whole lot easier!

Zillow puts out this list annually, usually coming up with a cute little graphic to go with it (2013’s was adorable. Seriously. Go check it out — it’ll definitely fill your “awwww!” quota for the day). Although there are undoubtedly a lot of ways to calculate a Trick-or-Treat Index, Zillow does theirs using four equally weighted variables. They are:

The idea is that these variables will identify the “cities that will provide the most candy, in the least amount of time, with the fewest safety risks” — and according to their calculations, the top 10 cities to bear the title of Best Places to Trick-or-Treat in America are these:

This is apparently the fourth year in a row San Francisco has stolen the top slot, so apparently the most expensive city in the country will also yield the best candy haul. For the curious, the top five neighborhoods for each of the top five cities can be seen here:

Do you live in one of those neighborhoods? Do you have kids, or are you still miraculously young enough to go trick-or-treating yourself? You win! Head on over to Zillow to see the top 20 cities, because hey, even if you didn’t crack the top 10, landing on the list at all is quite an accomplishment.

But I’ll be honest: I’m not actually convinced this formula is the be-all, end-all for this particular conundrum. It doesn’t seem to take into account, for example, the average age or family status of the population, and it seems like a bit of a leap to assume that places with super dense populations also happen to be populated by the kinds of folk who are likely to open up their doors to trick-or-treaters (most college students and 20-somethings? I wouldn’t bet on it; they’re usually out partying on the big night). I also think there’s something to be said for a good old fashioned suburban trick-or-treat experience, but maybe that’s just me. In any event, I do think Zillow’s Trick-or-Treat Index is a good start; data about walkability and safety in particular is probably rather useful for parents, indeed.

Need a trick-or-treat strategy guide? Blogger Amanda Marsh is happy to oblige — but don’t forget to put your own spin on it. After all, it’s not Halloween without a little bit of running amok.

Yes, that was totally just an excuse to use that GIF. Because Hocus Pocus is awesome.