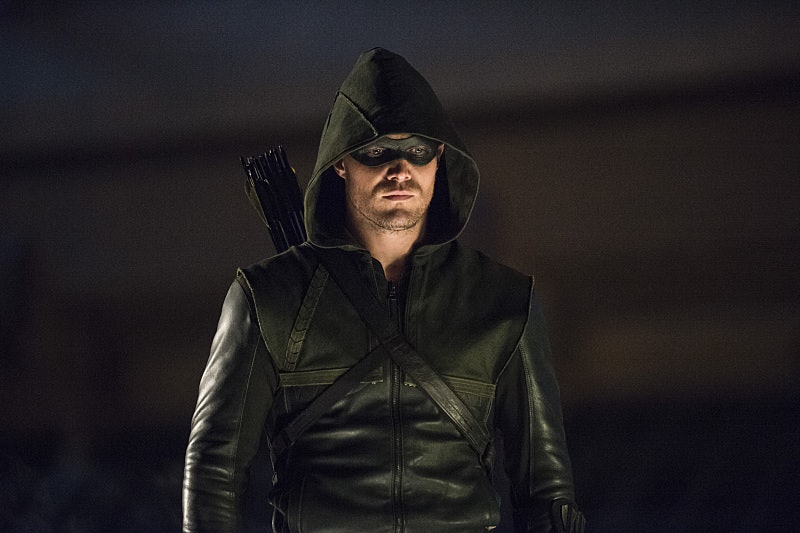 The good, the bad, and the awful. Arrow Season 3 is filling up with villains and they are surely not Team Ollie. While the first episode may have been titled "The Calm," it seems life for those in Starling City this season is everything but. Villains from DC Comics are promised to fill this season with trouble in Starling City, like Komodo, aka Simon Lacroix, who will factor into Season 3's overall story, according to Entertainment Weekly. If you're thinking, "I could get down with some reptilian criminal fighting," or you don't speak comic book, let me introduce you to the character who is Komodo and what he might bring to this season.

DC Comics will let you know Komodo's real name is Simon Lacroix. On the CW show, he'll be played by actor Matt Ward of Tron: Legacy. What's Komodo's relation with those who wish to do good in Starling City? Glad you asked. Because if you're like me and prefer the SparkNotes version of graphic novels, aka the television/film interpretation, than you're going to love this quick and easy Komodo cheat sheet I've developed.

Komodo, or Simon Lacroix, joined the DC Comics game rather recently, that is, about a year ago. And, according to Screen Rant , he's an archer almost as skilled as the Green Arrow (Oliver Queen/The Vigilante/The Hood/That Guy With 0 Percent Body Fat). Not only is Simon Lacroix the archer Komodo, but also a killer businessman. And where did he learn his business chops? Duh, duh, duh! Are y'all ready for this? Try Oliver's dad. Yikes, talk about some Star Wars-level daddy drama. Way to train your son's enemies Mr. Queen, you should be ashamed.

According to the comics, Lacroix comes from a low-income background, pulled a "started from the bottom now I'm here" (basically the reverse of what Oliver did), and ended up working at Queen Industries. In the comics, there was an initiative set up by Robert Queen, Oliver's late father, to find the "Green Arrow," which supposedly belonged to the head of the Arrow Clan and "brought its owner true enlightenment and even immortality." Sound like something the worlds of good and evil would feud about? You're definitely right on that assumption.

The lust for the Green Arrow may have driven Lacroix a little wacko and he was persuaded into killing Robert Queen and becoming the only candidate to head the Arrow Clan. Lacroix then took up the identity of Komodo and carried on his merry way wreaking havoc with a bow and arrow; here, there, and everywhere, as any comic book villain would do.

While the exact origin story may or may not be carried out to the DC Comic fans liking in the show, Arrow's executive producer, Mark Guggenheim, told EW that Komodo will factor into the season's overarching plot. As the show continues to break away from it's season formulaic structure of "villain of the week," Guggenheim assures us that:

Yes, he's the villain-of-the-week for the second week of the show, but you'll see that Team Arrow's pursuit of him is part and parcel of a season-long storyline. You're going to know what happens to Komodo at the end of the episode, but it will be a little bit tied in better with the season-long mythology than villain-of-the-week episodes have done in the past.

I love to see Team Arrow fight, so bring on the Komodo.