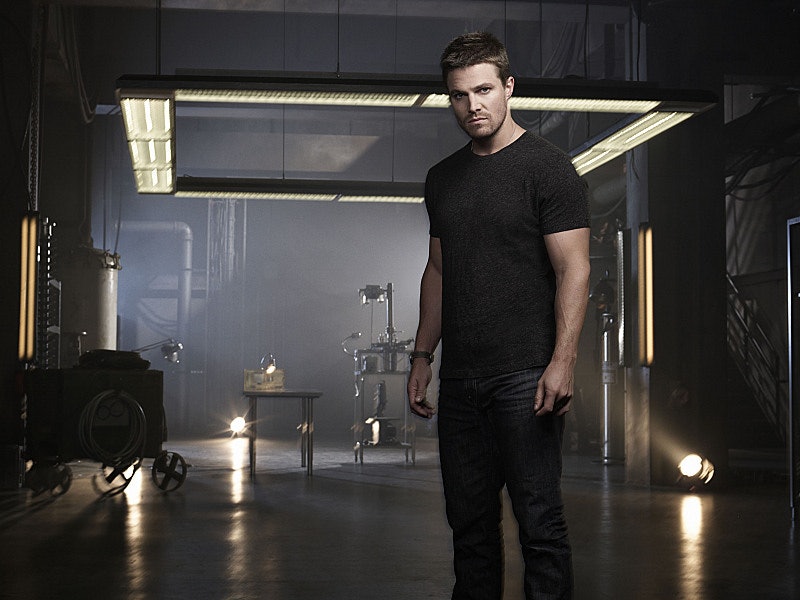 The thing about all these ever expanding comic universes is that eventually, everyone is either cross over with everyone else for one giant comic melting pot or everyone's gonna try to grab as many of these characters as possible, in a Pokémon-esque "gotta catch 'em all" situation (sorry). Congrats are in order for Team Arrow, who swooped in and collected Ra's al Ghul as their Season 3 bad guy before anyone else could get their crime fighting hands on him for his live-action TV debut. But the name "Ra's al Ghul" likely rings a bell because he was the Big Bad of Chris Nolan's Batman Begins, so doesn't he belong on Gotham instead? How did he end up in Starling City? Is Arrow 's Ra's Al Ghul the same as Batman's foe?

Sometimes I think abut my friends who majored in business, and I imagine how boring their lives must be. Doubtful any of them ever get asked tough questions like this. To make it very simple for everyone: yes, they are the same. Arrow's Ghul is the same as Batman's Ghul. Would Arrow's Ghul be the same as Gotham's potential Ghul? Who knows? Gotham's four episodes into its run, so let's give the kid some time to breathe, OK? They are completely different television worlds, so while they would essentially be the same character, they'd be different characters at the same time.

Let's talk about comics to comics, and not TV show to TV show. By all means, yes, Ghul is the same Ghul we see across all imprints of DC comics. Ghul is pretty bad. He's one of Batman's greatest enemies. Ghul has a son, Dusan, and two daughters, Nyssa and Talia. Arrow's very own (deceased) Sara Lance had a relationship with Nyssa, who we saw pop up in Starling City last season. Ghul is the leader of the League of Assassins, a group Sara used to be a part of. So far, nothing about Ghul's characterization would make him not the same foe of Batman.

In the comics, Ghul and Green Arrow don't really ever interact. Ghul has never been considered a full-fledged Green Arrow villain. It's really more the League of Assassins that's an issue for Green Arrow, not specifically Ghul. But Ghul does have some connections to others in the Green Arrow universe, like his romantic rendezvous with Black Canary. Ghul and Green Arrow are more like two pieces in a much bigger DC puzzle that never fit together. But they're still very much present in the same world. Now that Ghul is making a stop in Starling City, the two will have a lot to discuss (beginning with, you know, Sara's murder). If and when Gotham ever decides to bring Ghul into their bigger picture (this is all considering that the show lasts a few seasons) they'd be free to do whatever they want with their own Ghul. Heck, if the potential Lego Batman movie wants to bring in Ghul, they could have their own version. It'd still be the same character, but it'd be a completely different character at the same time. And all of these characters will still be completely different from Liam Nesson's take on the character back in 2005. It's just an ever evolving Ghul cycle, but I don't think anyone is complaining. Image: Mathieu Young/The CW; Giphy