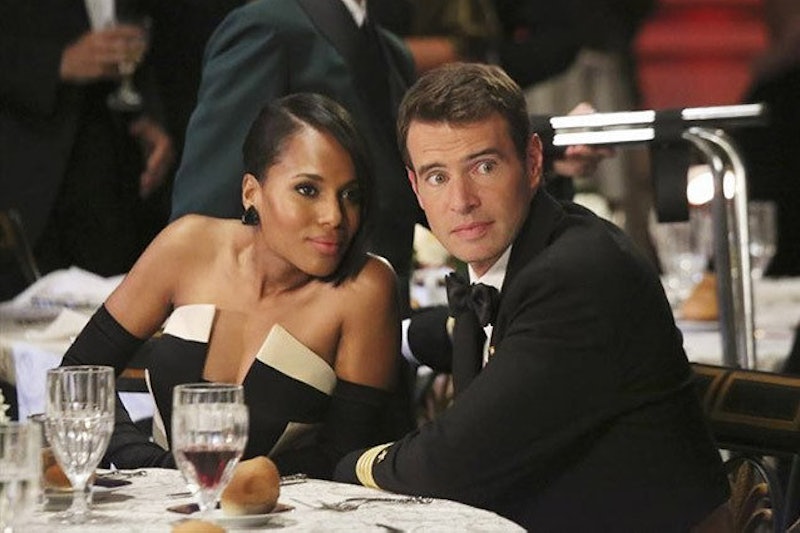 We are three episodes into the fourth season of Scandal and it’s wildly underwhelming. I mean it’s the same three people talking about the same three things. At this point, Olivia and President Fitz need to be over forever. Honestly, now that Mellie is pretty much a normal human being, I feel bad for her and it makes me dislike the idea of Fitz and Olivia even more. Hey, Mr. President, maybe you should take care of your grieving wife, instead of sitting there and giving her sad eyes — that's really not helping. Besides the fact that I’m over the whole "you want what you can’t have" bit with Olivia and Fitz, Jake Ballard is actually the most perfect human being in the world.

My love for Scott Foley might be standing in the way of reality, but he’s single, charming, smart, strong and literally his face is flawless. To me, he’s the Beyonce of the man world. Olivia, for the love of God, you have got to get it together and fall in love with Jake. Even with all of the treason stuff that went down this week, it’s so clear that Liv should just be with Jake. It blows my mind how smart she is about murderers, but how blind she is about men. She probably should’ve just stayed with Senator Davis, but that didn't pan out, so now the era of Olake (their mash-up needs work, I know).

He shows up to family dinners

He resents the idea of hanging out with Olivia’s dad because who wouldn’t, but you know what? He manned up and had dinner with a man who locked him in a hole. Commitment.

Jake Ballard is master of the bedroom

I’m just saying that they both look pretty damn happy after they have sex. Also, she’s said that he rocks in bed. I think that if Fitz and Olivia weren’t sneaking around having forbidden sex, it would probably get boring after awhile, but not with Jake.

All about the TCB

Taking care of business is basically Jakes motto. Quinn was sitting around for months and couldn’t figure out that it was Rowan who killed Harrison. Jake, however, was back for like a week and figured out everything from who was behind the death of little Jerry to Harrison’s death.

He’s not messing around with other girls

He might act like he doesn’t have to be there for Olivia because he’s not her boyfriend, but she knew damn well last episode that him hooking up with other girls wasn’t even an option. Loyalty.

When Fitz makes his pouty sad face, he looks like he’s 100 years old, but when Jake gives you his sad eyes you just want to jump his bones. This is important.