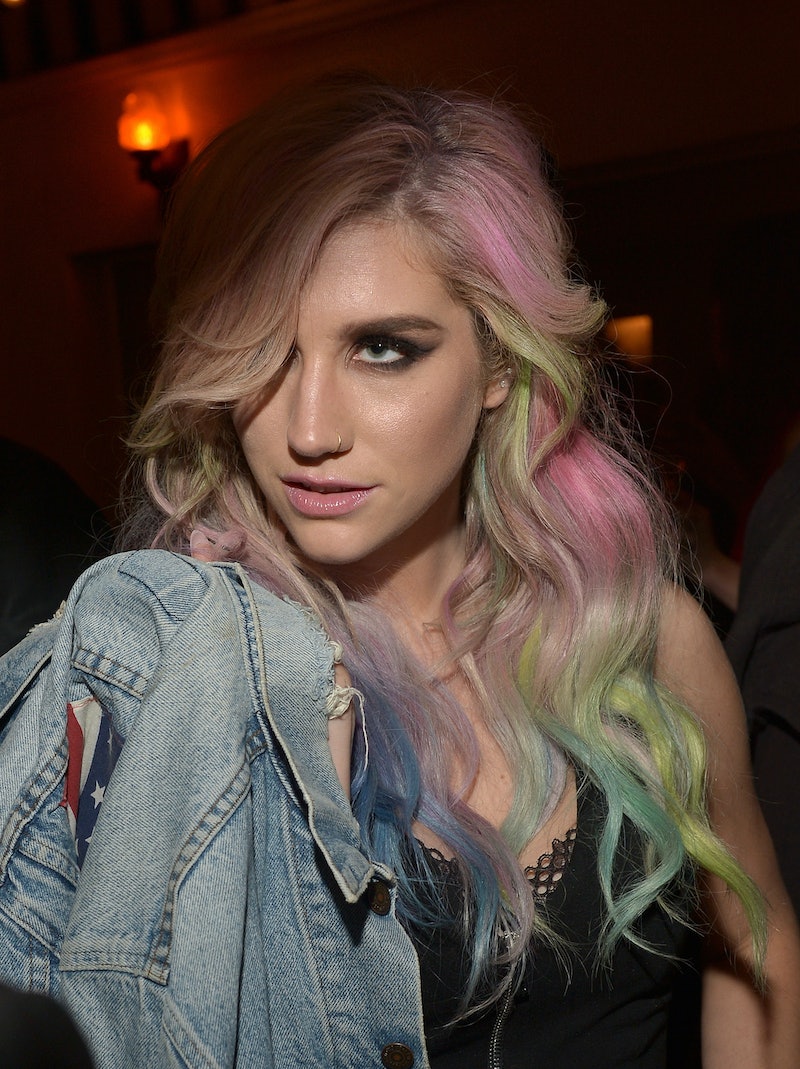 The entertainment world was shaken on Tuesday when the news broke that pop singer Kesha was suing her producer Dr. Luke for verbal and sexual abuse. According to a lawsuit she filed that was obtained by TMZ, Dr. Luke was allegedly abusive to Kesha from the moment she signed with him at age 18 and straight up to the present day. He forced drugs and alcohol on her to lower her defenses so that he could force himself on her sexually and there were rumors that her eating disorder was triggered by comments that he made to her, rumors Kesha confirms in her suit. Now Dr. Luke is countersuing Kesha for lies and extortion, but the evidence against him is pretty high.

According to Dr. Luke's suit, filed hours after Kesha's, "the pack of lies is being engineered by Kesha's mother, Pebe, and Kesha's new management firm. Luke claims Kesha tried to extort him by threatening to spread lies about him to a blogger who started a 'Free Kesha' website unless he released her from her recording contract." He further claims that he has had a copy of Kesha's draft for her abuse lawsuit for months and, according to his lawyer, Kesha and her mother have admitted that the claims therein are false.

This countersuit is confusing. Kesha filed her lawsuit in order to finally get free from his abuse and her contract with him. His claims of longtime extortion sound more like Kesha was giving Dr. Luke the opportunity to release her from her contract on his own without her having to go public with the abuse she suffered at his hands. Admitting publicly to having been a victim of that kind of abuse for so long isn't something that many survivors would be brave enough to do, so it really comes as no surprise that Kesha would have wanted to avoid it until he forced her hand. In addition, it's difficult to believe that any abuse victim would lie about something so serious, especially when these kinds of rumors have been flying about Dr. Luke in the past.

After all, when Kesha checked herself into rehab in January 2014, accompanying news reports claimed that her disorder had been a result of verbal abuse from Dr. Luke. Her fans have even gone so far as to launch the Free Kesha movement in 2013 out of the belief that Dr. Luke was stunting Kesha's career rather than helping her grow as an artist. On Tuesday, BuzzFeed reported there was an unreleased Kesha song called "Dancing with the Devil" that was allegedly about her relationship with Dr. Luke, including such lines as "You and I made a deal, I was young and shit got real."

One such story about Dr. Luke's control over Kesha might be dismissed as a rumor, but all of these little incidents together give a lot more weight to Kesha's accusations. Her lawyer has already responded with a definitive statement: "This is just another pathetic and entirely predictable example of Dr. Luke’s continued abuse, and a misguided attempt to keep Kesha under his tyrannical control. This lawsuit has absolutely no basis in fact, the law, or reality. Kesha is focused on reclaiming her voice and her freedom. She is determined to move on with her life and her career by putting this dark period behind her."

Hopefully, Kesha will win her chance to go her separate way from Dr. Luke as it's clear that their relationship is, and allegedly has always been, toxic. Kesha is being the warrior that she has sung about in her songs in the past and all we can hope for at this point is that she gets back control over her own life and career sometime soon.

More like this
Adele’s All-Female Lineup Includes Kacey Musgraves, Mahalia, & Self Esteem
By Shahed Ezaydi
Adele Says It Would Be “Wonderful” To Have Kids With Boyfriend Rich Paul
By Jake Viswanath
Rihanna Is America's Youngest Self-Made Woman Billionaire, According To 'Forbes'
By Hugh McIntyre
Lizzo Proved She’s Team Jeremiah During Her ‘The Summer I Turned Pretty’ Review
By Grace Wehniainen
Get Even More From Bustle — Sign Up For The Newsletter