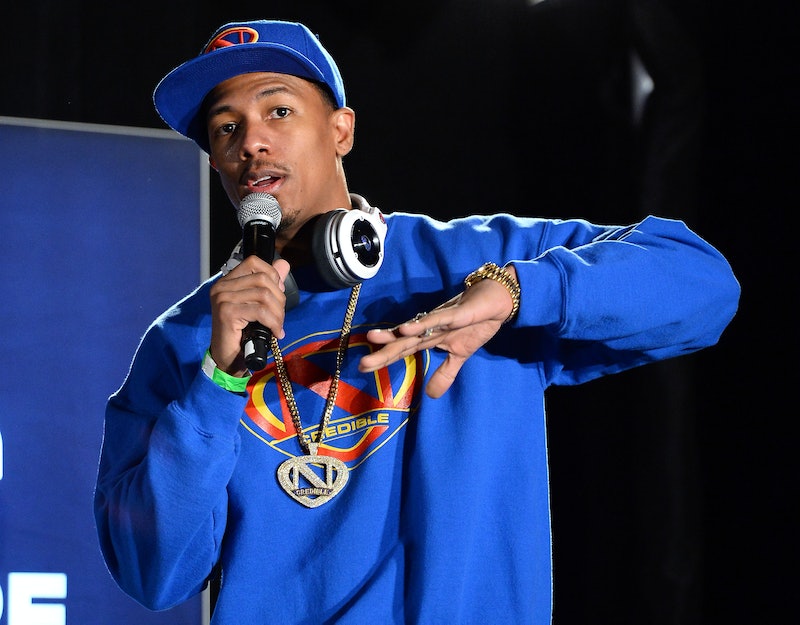 Let it never be said that a chaotic personal life necessarily has to have a negative effect on your career or work ethic. It's common knowledge that this point that Nick Cannon and Mariah Carey are getting divorced and the long road to that point has been pretty messy, although the two have called a truce for the benefit of their children. However, now he's making headlines for something other than the dramatic proceedings. Apparently, Cannon has a reoccuring role on Brooklyn Nine-Nine that already sounds like it has the potential to make him a series regular.

Well, sort of. According to The Wrap, Cannon will guest star in a December episode of the show as Captain Holt's nephew, described as "a handsome, educated and charming young man, who has just moved to the city and is staying with Holt until he finds his own place." There's no word yet on what his relationship with Holt is like or how he'll interact with the other main characters that populate the show, but it already sounds like Cannon's character has serious potential to reoccur over and over until one day he slips into the main cast without us ever even noticing.

Why? Well, Cannon is reoccuring as Holt's nephew. Any other role could be a temporary thing — a friend you could lose touch with, a boyfriend you could break up with — that would result in him never being seen again, but Cannon is playing a member of the main cast's family. You can't get rid of family. Trust me. Many of us have tried. If his character is a hit, then there's a good chance he might be asked back for future episodes.

Of course, one could argue that Cannon's description says absolutely nothing about him being a police officer like the others. However, look at Parks and Recreation. Ann Perkins was never technically a member of the Parks and Recreation Office, but she spent all of her time there and was a main character on the show anyway just by virtue of being Leslie Knope's best friend. Keeping Cannon around for future episodes would help them generate a lot of plot for Captain Holt to deepen his character even more and could make for a really fun new dynamic in future seasons.

But I'm getting ahead of myself. For now, all we need to know is that Cannon is coming to Brooklyn Nine-Nine in a reoccuring role that will hopefully bring the kind of hilarity we've come to expect from our favorite BK detectives and administrators.