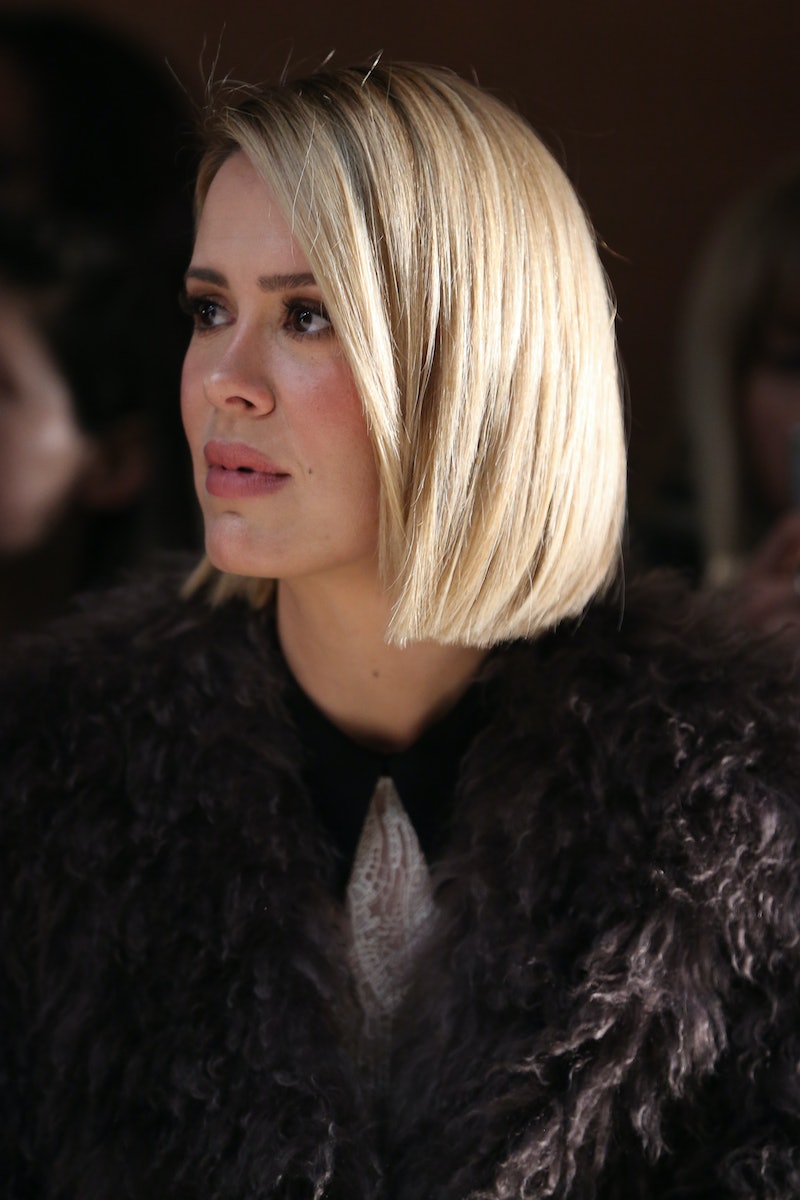 Having two heads just isn't enough to be the star of Elsa Mars' freak show — you've got to bring something more to the table than just two pretty faces and according to the promo for Wednesday's second episode, "Massacres and Matinees," Paulson's Dot will sing Fiona Apple's "Criminal." That works. Of course, on last Wednesday's AHS: Freak Show premiere, Sarah Paulson's Bette and Dot Tattler joined Elsa's band of "freaks," but it seemed like Jessica Lange's Elsa has the musical talent on the show. Apparently she's not the only one, but is the Emmy-nominated Paulson's voice the real deal? Or is it as fake as her second head on AHS?

It's amazing what TV-magic can do, apparently. Because, while videos are floating around of Paulson singing on the NBC series Studio 60 on the Sunset Strip, apparently, the actress has a singing voice that would send someone running and screaming. That makes no sense, because Dot's voice on AHS seems to make Evan Peters fall in love with her. So, what gives?

Back in the spring of 2013, Paulson sang in the revival of Talley's Folly as Sally Talley and revealed to Interview magazine that her singing voice is almost as scary as AHS' Twisty the Clown. The actress said of her voice, "If you heard me sing, you would just plug your ears and run, screaming, the other way. I promise." This, again, makes zero sense to me because this video of Paulson singing along to the Game of Thrones theme song is amazing:

OK, this isn't a Grammy-winning performance, it's just something really fun. But Paulson actually does sound pretty good in this clip of her character singing in Studio 60:

So, you can understand my surprise that her opening notes to Fiona Apple's "Criminal" in this promo are absolutely not the real deal — at least, according to Paulson's confession they're not. Apparently, Paulson's more of a Bette IRL, when it comes to the musical talent department.