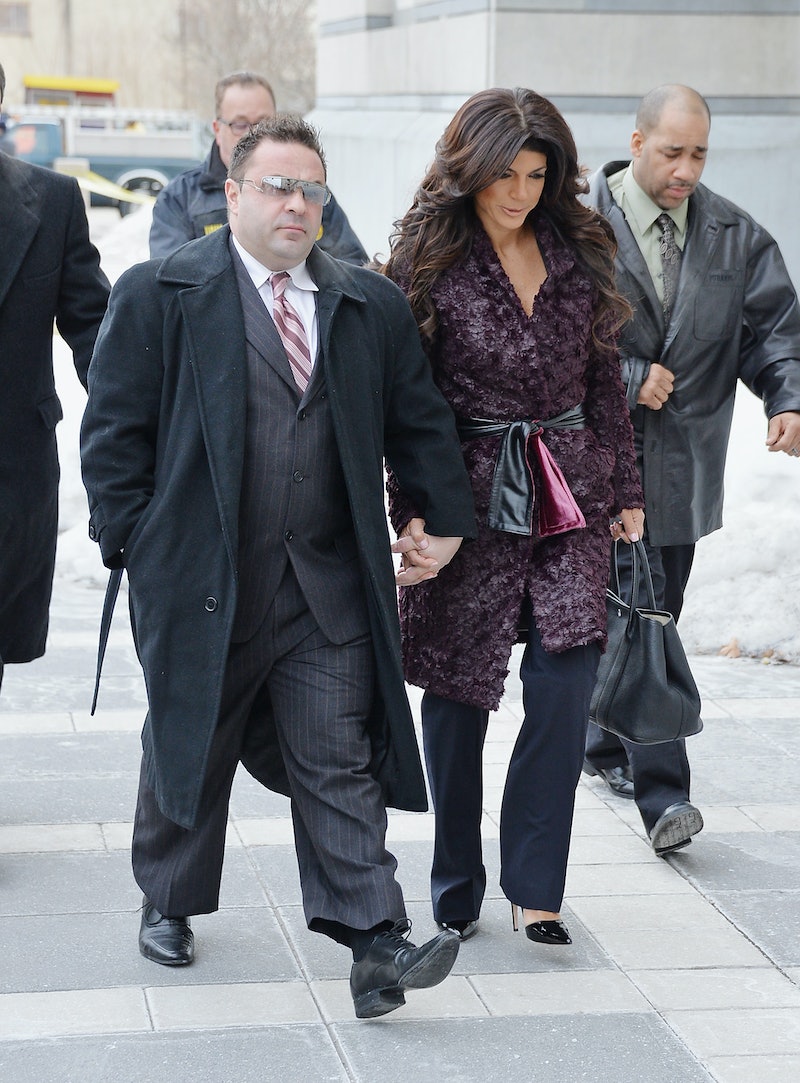 Uuuugh, guys. The Joe and Teresa Giudice case is getting more and more depressing by the day. Reportedly, in preparation for her upcoming prison sentence, Teresa Giudice is making home movies for her daughters to watch while she's away. Am I alone in thinking that Bravo will procure these movies and produce some sort of perverse "Lost Footage" special centered around them? There are so many potential ways for this scenario to go wrong.

As Us Weekly reports, The Real Housewives of New Jersey stalwart intends to film home movies to comfort her girls while she serves the 15-month jail sentence she received after pleading guilty to multiple fraud charges. Our favorite old scrappy but lovable insider, "a source," told Us that there will be separate videos for birthdays, holidays, and "video with words of encouragement for when they’re sad." The informant added that Giudice is also "deeply depressed," can't eat or sleep, and I'm guessing, is lying awake brooding about making posthumous-style Christmas DVDs.

Now, I'm no expert in coping with family jail sentences, but it sounds like every night should really be an ice cream night at this point in the Giudice household. They've gotta be doing something to lift the collective spirits.

Meanwhile, Joe will be left to tangle with the DVD player so that his girls can watch these videos. He will serve his own four-year sentence after Teresa's, so that he can take care of their four girls, Gia, 13, Gabriella, 10, Milania, 8, and Audriana, 5. On the Watch What Happens Live special where the Teresa and Joe spoke with Andy Cohen about their upcoming sentences, Joe admitted to drinking four bottles of wine a night. Oh, I just want to hug their children so badly.

While Tre may have the best of earthly intentions with her video project, I feel like filming messages for her kids at this moment may not be the best idea. Given that she's not eating or sleeping, and is generally a knot of melancholy, I'd wager a guess that she's not in the state her girls would want to remember her. After all, if her kids want to feel like Mom is back at the dinner table with them while she's gone, they could just turn on Bravo.