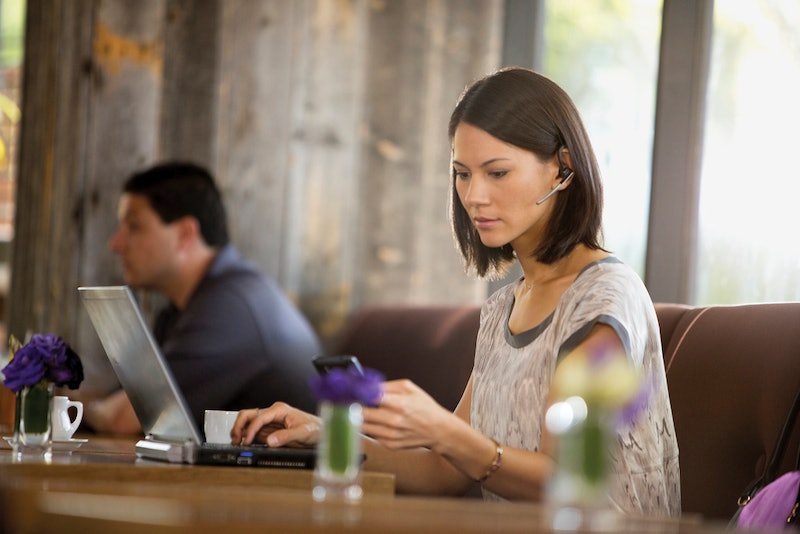 Ah, Internet quizzes: How would we waste time without you? There’s yet another one of those “What job should you actually have?” quizzes circulating Facebook at the moment, so of course I had to check it out. Created by a site called Bitecharge, who specialize in “[delivering fun and positive things to your social feed,” this one is worded a tiny bit differently than the usual suspects; instead of telling you what you should be doing, this one wants to know whether it can guess your job based off of your answers.

This, in conjunction with that Myers-Briggs “What job is best for your personality?” chart we looked at recently, got me thinking: How accurate are these quizzes, anyway? I’m pretty sure we all try to rig our results by occasionally picking answers we think will go with the option we’d like to end up with; this is why I think self-reporting can only be relied on so much in personality-based studies. But even adjusting for that, are they at all useful?

My working theory about why we take them is as follows: We like them because they validate what we think we already know about ourselves. But in the name of science (well, maybe not science, but in the name of curiosity, at least), I embarked on a little experiment: I took seven different “What job should you have?” quizzes from a variety of sources for the purposes of comparing the results. Here’s what happened:

Sample questions: “You are most comfortable when you work…" (I chose by myself. I'm a lone wolf); “In your opinion, which of these activities is the scariest? (skydiving off a plane for me. What if your parachute doesn't work?).

2. What Career Should You Actually Have?

Sample questions: “What would you spend your tax refund on?” (I chose travel); “Pick a dinner guest” (for me, Oscar Wilde).

Result: Writer. Bonus points for telling me that I'm just like Tina Fey.

3. What Career Are You Meant For?

Sample questions: “What pet would you rather have?” (I went with ferret, because hedgehog wasn’t an option); “Who would you like to work with?” (Stephen Hawking in this case).

4. Which TV Office Should You Work In?

Sample questions: “Which fake elective class would you sign up for first?” (tough one, but probably The Cultural Impact of Saturday Night Live, which probably actually exists somewhere); “What level of dress do you prefer at your place of work?” (jeans and t-shirt casual, please!)

5. What Exotic Career Should You Actually Have?

Sample questions: “Be honest — do you like your current job?” (yes, yes I do); “Who/what would you rather work with?” (I chose animals because I hate people).

6. What Fictional Company Should You Work For?

Sample questions: “What’s your worst quality?” (I’m a know-it-all. Sorry, everyone with whom I have ever locked horns); “What perks do you want from your job?” (I picked travel).

Result: Stark Industries. But do I get an Iron (Wo)Man suit of my very own?

7. What Job Would You Have in the Harry Potter World?

Sample questions: “What House do you think you’d be sorted into?” (probably Ravenclaw. I’m a sucker for trivia); “What is your favorite shop in Diagon Alley?” (Flourish and Blotts all the way!).

Interestingly, the results for most of them are actually pretty accurate: Almost all of them pegged me as a writer of some sort. True, it’s possible that my self-reporting wasn’t always the most accurate — but I don’t think it’s a coincidence that they all came up with similar results. Heck, even the Harry Potter universe thinks that’s what I should be doing (although hopefully I would stay far, far away from Rita Skeeter territory). Concerning Zimbio’s TV office quiz, I probably would like working at the Pawnee Parks Department; Leslie Knope is my spirit animal, so it makes a certain amount of sense. I also kind of dig the idea of working at Stark Industries, although I’m pretty sure having a boss like Tony Stark would drive me up the wall. I love my “exotic career” pick. Pets? Mysteries? Sold!

Ultimately, though, I think my initial thoughts are pretty on the mark: These quizzes are fun, but they’re not terribly useful, purely because they don’t really tell us anything we don’t already know — or think we know — about ourselves. They might actually even be detrimental in some cases: Sure, I’d hope that no one would actually build their career based solely off of an Internet quiz… but if you don’t have your job situation sorted out yet? I can see how the impulse might be to do so.

But hey, if you get a kick out of them, go ahead and take ‘em. Just don’t get mad at your friends if they don’t share your enthusiasm for them. There are only so many times we can have some website tell us that really, we should have been in Slytherin because we’re terrible people, after all.