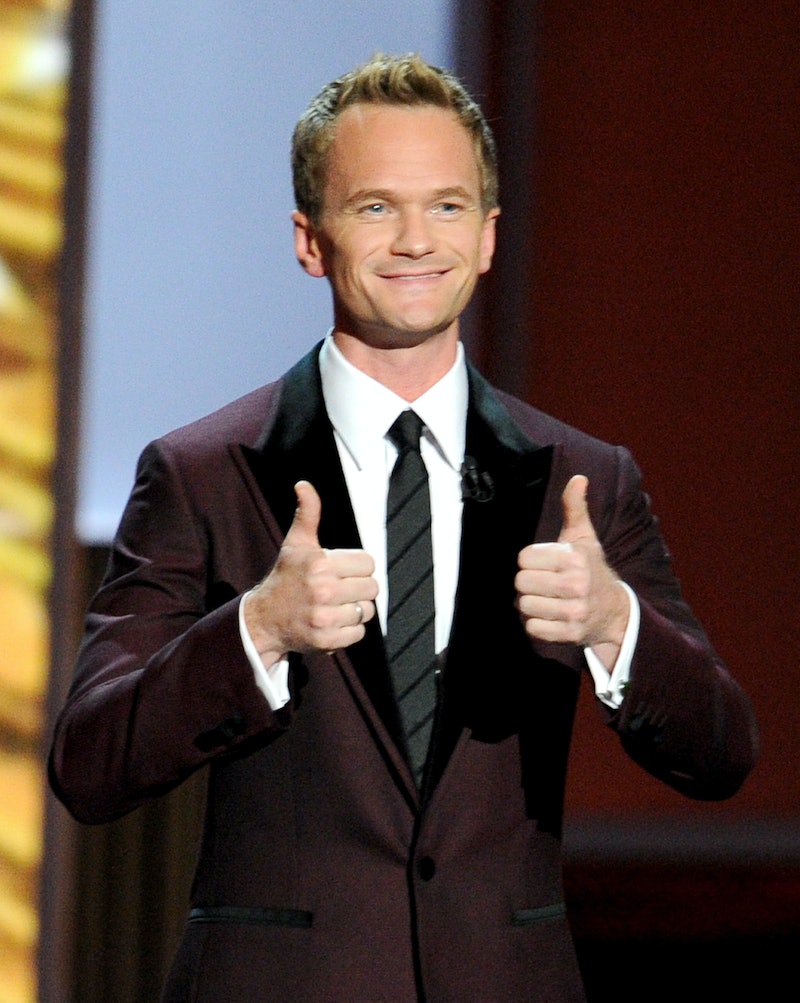 If you haven't heard, Neil Patrick Harris will be hosting the 2015 Oscars. It hardly comes as a surprise, since Harris' qualifications are plentiful: he's hosted the Emmys, hosted the Tonys four times, and won three Emmys for hosting the Tonys.

It was sort of a no-brainer for the Oscars, whose past choices for Oscar hosts have been complete duds. Sure, last year we had America's sweetheart, Ellen Degeneres, and the selfie that went beyond viral; but before that the Oscars passed up dream team Tina Fey and Amy Poehler for hosts like Seth "Insert Boob Joke Here" McFarlane, the Botox Ghost of Billy Crystal, and Anne Hathaway and James Franco, who had all the charm of a couple who's been recently divorced.

Meanwhile, I imagine that Harris has had to turn down offers for hosting things. After all, he's a triple threat: he can sing, act, and dance. Plus, he's got a great sense of humor and an adorable family to boot. Neil Patrick Harris is a hosting machine; he's hosted so many awards shows in the past few years that it's hard to believe that he has time to do anything else. And why should he? So here are some of the things that you can look forward to Neil Patrick Harris hosting in the future:

Look, it's clear what's happening here. Neil Patrick Harris is trying to get the EGOT of hosting. After all, he's already gotten the Emmys, the Tonys, and now the Oscars, so the Grammys are the logical next step. Sure, Harris has never released an album, but neither have Jon Stewart, Ellen Degeneres, or Billy Crystal, and they've all hosted. And really, it's only a matter of time before he releases an album anyways.

The Nobel Prize needs to jazz it up a bit. Sure, the award winners may all be geniuses, but when Neil Patrick Harris does a satirical musical number about international affairs, do they not laugh?

Will there be pies in the face? Most definitely. Will their be a lewd American Pie joke? Of course. Will Neil Patrick Harris' music number about rhubarb pie awe and amaze you? Most likely, yes.

Look, I know this was just used for a joke on an episode of Happy Endings. I just think Neil Patrick Harris would be really good at hosting it, okay? After all, like Happy Endings, he was also on a show about affluent white people in their 30s trying to get married. What could be more rom-com than that?

Neil Patrick Harris will sing with your mom, charm the pants off your family, and make the award presentation for the winners of the Family Olympics much more palatable. Just don't get too squee about how cute he and his husband are; you don't want Nana to go on another homophobic rant.