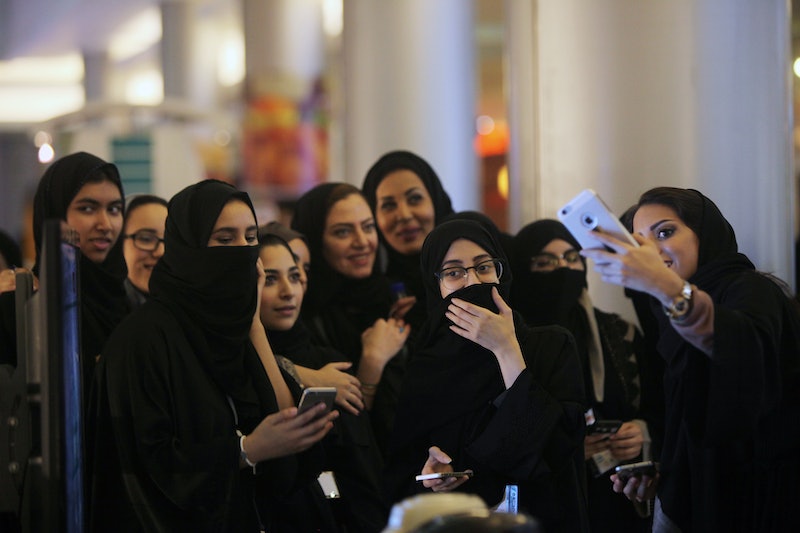 The campaigners were heard loud and clear. Last Monday, Saudi Arabia passed its first law criminalizing domestic violence. The law targets "any sort of physical or psychological violence," and perpetrators face a penalty of one month to one year in prison and/or a $1,330 to $13,300 fine.

The law comes after heavy human rights campaigning against domestic abuse in Saudi Arabia, including the Twitter campaign using #HitHer. The first Saudi campaign against domestic violence, organized by the King Khalid Foundation, began in April 2013 and consisted of a simple yet striking photo of a woman sporting a niqab and a black eye.

"The law represents a turning point in the field of human rights protection in the kingdom and mainly offers protection to women," said Mufleh Qahtani, the head of Saudi Arabia's National Society for Human Rights. "Domestic violence must be dealt with in a special way as the victim and the aggressor often live under the same roof when it comes to a man and his wife or a father and his children.""What matters is applying the law and finding legal mechanisms for its implementation, since the final aim is to preserve the family," Qahtani continued. Indeed, successful implementation is the next important step the Saudi government faces. The law will provide shelter for victims of abuse as well as ensuring victims' anonymity is preserved. Further, the law states that anyone who knows domestic abuse must report it to the authorities. Chosen measures to enforce this law will be published later this year.

The whole problem of domestic abuse in Saudi Arabia is closely tied to the systemic patriarchy inherent to all aspects of society. "The Saudi government sacrifices basic human rights to maintain male control over women," Farida Deif, an HRW women’s rights researcher for the Middle East, said in a statement. "Saudi women won’t make any progress until the government ends the abuses that stem from these misguided policies."