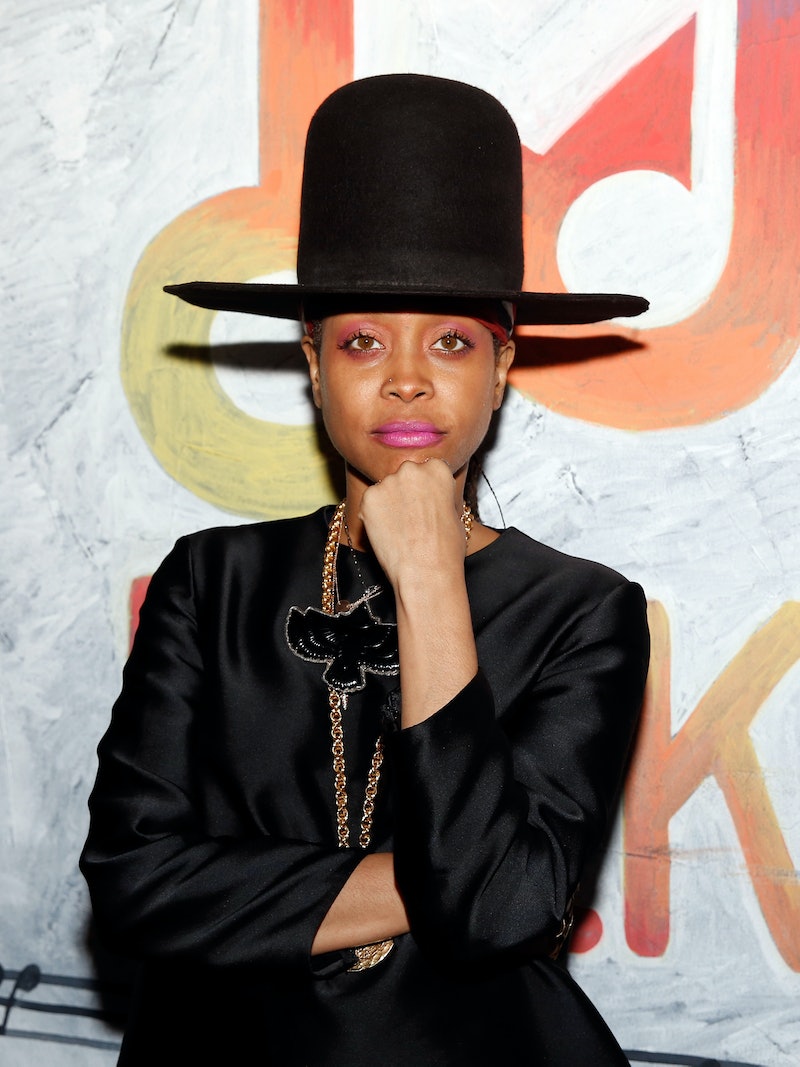 What's the current value of a live, impromptu Erykah Badu concert? Believe it or not, the going rate stands at less than $5 — $3.60, to be exact. That's the total amount of money Erykah Badu earned performing in New York City. In what the singer coined the "Street Hustler Experiment," Badu shared footage she recorded with her iPhone that shows her trying (and failing miserably) to earn some cash singing on the streets of Manhattan. While the meager financial results may indicate that the "Window Seat" songstress should certainly stick to her day job, she should also consider turning her off-stage antics into an online series of some sort.

The busking video is hilarious, much like when Badu pranked a reporter during a live broadcast. But unlike the singer's efforts to show the unsuspecting anchor some love, the passersby subjected to her "experiment" clearly showed her no love at all. It's a good thing that the Grammy-winning musician is as bold with her performance tactics as she is with her art. If you're a fan of her music or follow her on Twitter, you already know that she speaks with hardly any reservations, and her sidewalk tunes were no different. The spur-of-the-moment lyrics were the equivalent of those "Why lie? I need a beer" signs as Badu sang the words, "I don't wanna get no job, laadddyyy, I just want some money." Unfortunately, her honesty didn't yield any returns until around the 5-minute mark of the video where a woman finally drops what looks like two coins into Badu's collection hat.

The outspoken singer-songwriter hasn't released an album in a while, but given that Givenchy tapped Badu for a campaign late last year, it's safe to say that she's not that strapped for cash. Hopefully she returned the generosity of strangers and found a worthy cause for her less-than-hefty payoff.

Check out footage of Badu singing her heart out for cash below: