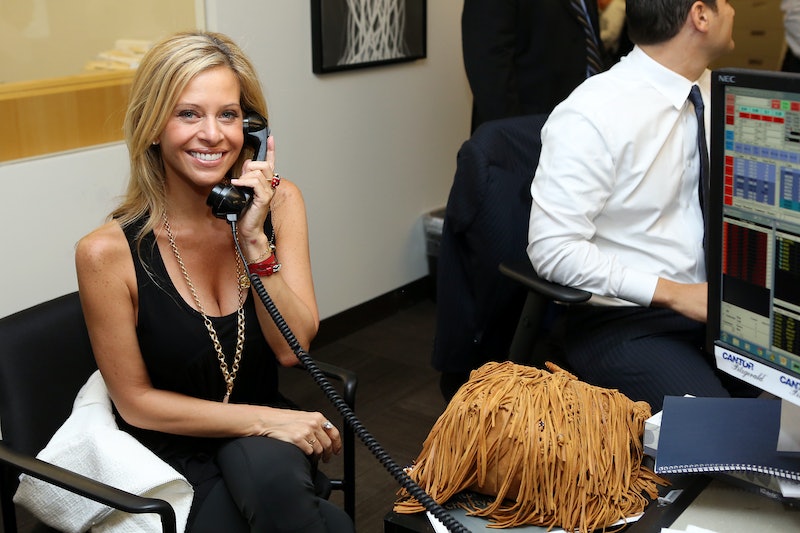 Even though it's clearly going to be the stage for the Season 6 The Real Housewives of New Jersey finale, Dina Manzo's Project Ladybug event is also a way for her nonprofit to raise money for children suffering from serious diseases like cancer. Project Ladybug raises money by hosting events, then sponsors affected families to help pay for their medical bills and provide resources for children and parents. The charity has been in business since 2007, and Dina is working overtime to expand Project Ladybug's reach from local hospitals in New York and New Jersey to cities like Chicago, where they've recently opened their latest fund. They accept donations from local businesses on their behalf and from individuals online through PayPal.

It's amazing that Dina is so committed to doing charity work and giving back. But don't worry, there's also some classic Housewives drama worked in. Supposedly, three of the Laurita sisters worked together to found Project Ladybug, but that's very different than the story told by the charity's current website, which attributes everything to Dina. Could this be part of how Caroline and Dina got into their feud? We can't know for sure, since everything surrounding it, including the Project Ladybug rumors, have not been addressed by the sisters themselves. According to Dina, she and Caroline have reached a place of civility, and Caroline now has her own show and her own charity work to focus on.

Dina and Project Ladybug recently did a photoshoot with one of the children their work has been sponsoring, a seven year-old named Atia. Atia and Dina look adorable together, and it's nice to see the charity doing well and helping people. But despite the television pedigree, Project Ladybug is definitely not the appropriate place for a Real Housewives of New Jersey event, especially one where a major Housewife-to-Housewife confrontation is supposed to go down.

Since the charity is child-friendly, so are most of their events. So at this finale, we could be missing the usual drink-throwing and profanity hurling that characterizes a Housewives finale. Project Ladybug might bring a lot of good to the world, but that won't stop me from being disappointed if it takes away from the drama of a RHONJ finale. Maybe the Housewives can step outside when things start to get heated?