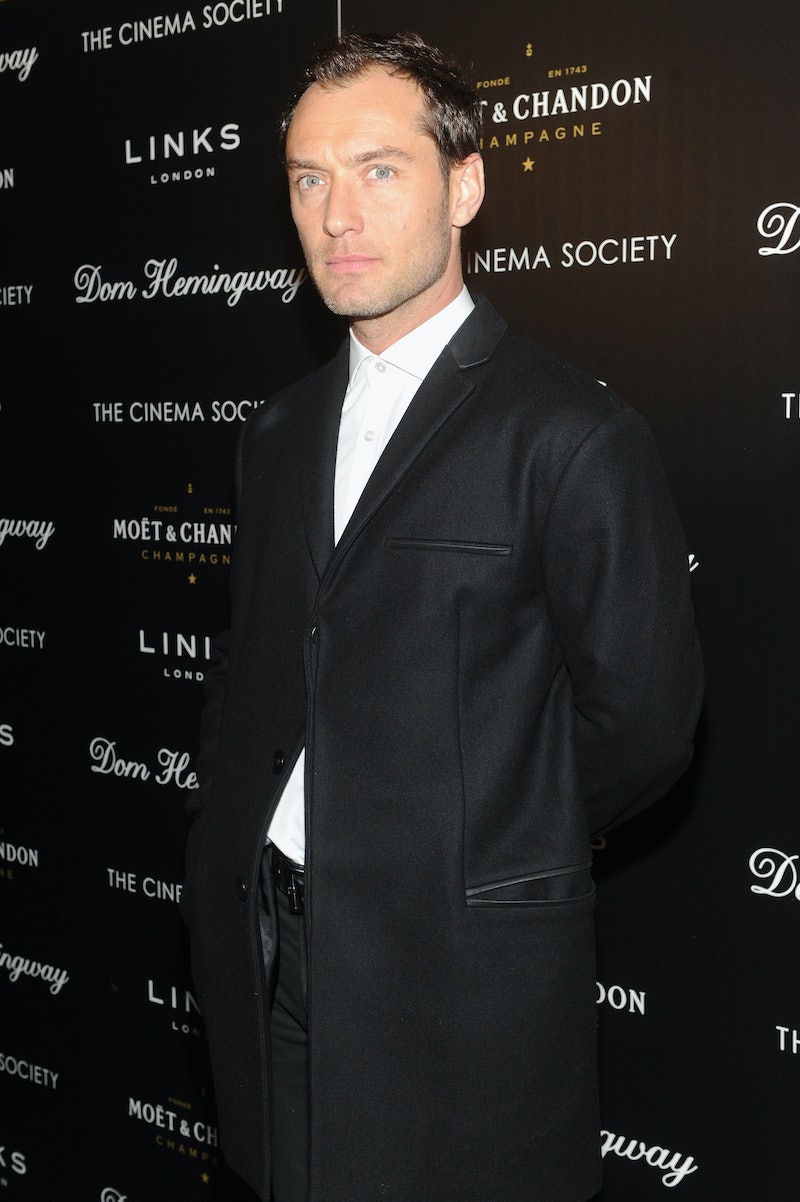 The Internet went abuzz Thursday afternoon with the news that Jude Law is soon having his fifth child with ex Catherine Harding, as first reported by People magazine. Law has three children with his first wife Sadie Frost — Rafferty, 18, Iris,14, and Rusy, 12, — and another daughter, Sophia, 5, with Samantha Burke. According to Law's rep, "I can confirm that Jude Law and Catherine Harding are expecting a child together in the spring. Whilst they are no longer in a relationship, they are both wholeheartedly committed to raising their child." The news of Law's fifth offspring came as a surprise to fans as his relationship with Harding was relatively secret from the media.

The newest addition to the Law clan not only has famous parents, but famous siblings in the mix as well. Law's oldest son Rafferty, 18, is a budding musician and model. Aside from looking exactly like a young Jude Law, Rafferty already seems to be picking up on his dad's and his mom's taste for the spotlight. He made quite the impression earlier this summer when he made his modeling debut in London for DKNY. But, he's not just a pretty face and the product of famous parents. Here's more on Rafferty Law and what to expect from his budding career:

He's in a Band

Rafferty plays guitar and sings for his band The Dirty Harrys. His dad dutifully goes to their gigs. They bill themselves as, "Punk, Ska, Psychadelia and real rock n' roll."

He got his start working for Blur

The legendary rock band hired the young musician to help tune instruments before performances. According to Rafferty, "I did work experience for Blur for two weeks when they were rehearsing for their reunion gig, because Damon [Albarn] is really good friends with my dad."

He's Signed to a Big Agency

Rafferty Law is currently with Select Model Management, one of the biggest and most prestigious in the UK.

He refers to himself as "Raff"

Fair enough, Raff it is.

He's not into acting

Though he admires his father's talent, he's in no rush to get on-screen, In an interview with London's Evening Standard he commented, "I did feel a bit of pressure when I joined my first boarding school [Bedales in Hampshire]. In my drama lesson, I think everyone thought: 'Oh God, he’s going to be so brilliant.' Then they realized that I wasn’t that good, so they just let me get on with it."

He Still Gets a Report Card

And apparently his dad is very strict when it comes to grades, while his mom is a little more relaxed, "I’ve never been that hard-working, just enough to get by. I got an A, B and a C at AS level. The goal is to move them all up one grade. Once I’ve done that and shown my parents that I can work, then I can go and do my own thing."