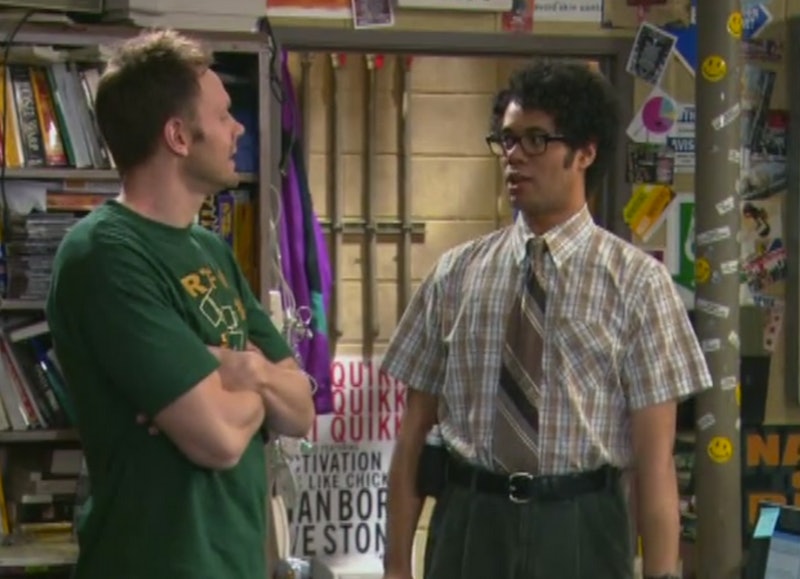 Because once was not enough to be bombarded with side-eye, NBC has decided it's time to re-make The IT Crowd for American audiences. Again? Presumably without Chris O'Dowd, Richard Ayoade, Katherine Parkinson, or even Joel McHale. Hollywood, I'm really gonna need you to calm the eff down.

The IT Crowd is a British sitcom that ran from 2006 to 2010, with one special episode airing in 2013. Like many British sitcoms before it, it gained a cultish international, and so an American version was made in 2007 starring a pre-Community Joel McHale. Watching the pilot for that remake (below) is intensely weird if you've watched the original show, because it's the exact same script, the exact same set, and the exact same Richard Ayoade as Moss, but with an American McHale instead of an Irish Chris O'Dowd. The remake was immediately cancelled.

A piece of advice to NBC: If Joel McHale can't make it work, nobody can.

But now Bill Lawrence (Scrubs, Cougar Town, Ground Floor) is gonna try. We're definitely overdue for another The Office, but their chances of getting that rely on them actually writing a new script for the remake. Lawrence already has a pilot commitment from NBC, which means at the very least we'll probably be able to look back on that one with surreal nostalgia once whoever they cast in this one gets famous from some other project.