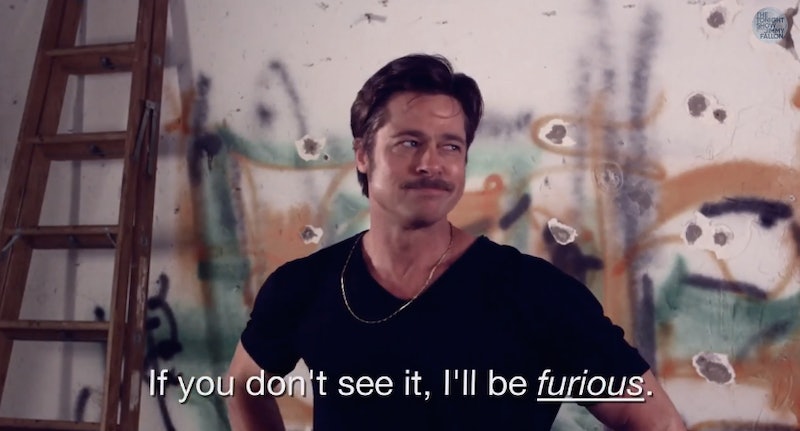 I've come to the point of self-acceptance where I finally get that there is a certain level of charming that I'm just never going to reach. I mostly have evolved into this comfortable state of giving up by way of watching Jimmy Fallon and his famous friends like Brad Pitt do adorable stuff on The Tonight Show . Like, if I grew a porn-stache and break danced (broke danced?), people would basically be like, "Jessica, please. You're a grown woman. This is embarrassing." But when 50-year-old Brad Pitt does it, the whole internet is like LAUGH, SWOON, CLIIIIICK.

And I'm not claiming to be better than anyone else – I'll watch Brad Pitt do just about anything. He probably cheated on our collective BFF Janniston. He has made no end of tragic mistakes with both the hair on his head and on his face over the years, for which an adequate defense has always been, "Yes, but Legends Of The Fall, and also that face, and also body." And then the debate is over. That's how I feel about this video. Sure, they are clearly employing dance-doubles, and yes, the entire premise isn't even as clever and funny as most Tonight Show sketches, but that's the privilege of being Brad Pitt and Jimmy Fallon – the combined likability of these two little champs is so far off the charts that we'll voraciously consume whatever flimsy antics they bless us with.