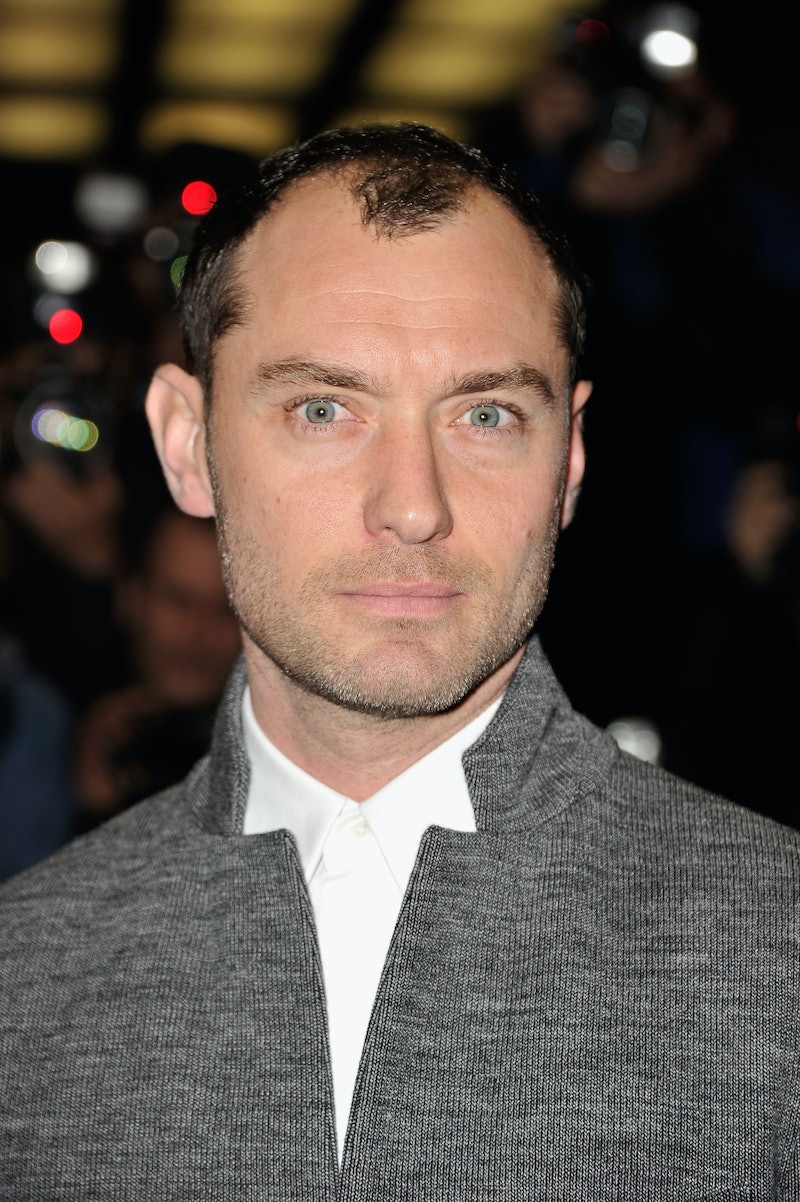 Prepare yourselves, everyone. More ridiculously good-looking celebrity spawn is poised to enter the universe. On Thursday, a representative confirmed that Jude Law is expecting his fifth child with Catherine Harding. But who is Catherine Harding? Well, she's a 23-year-old singer/songwriter with a penchant for Coachella-style fashion who had a whirlwind spring romance with the 41-year-old actor earlier this year. Basically, this baby is gonna be a product of unbridled passion, an 18-year age difference, and flower crowns.

Born Catherine Harding, the young musician performs under the stage name of Cat Cavelli. She grew up in an Irish village called Arcone in County Tipperary, Ireland, but now lives in London and performs regularly. While she may not be a household name in America, Harding has apparently had some creative success on the talent show circuit across the pond. Over the years, she's appeared on various UK talent programs including You're a Star , and the Irish version of The X Factor. Last year, Perez Hilton became obsessed with Harding's song "Cruel Melody", and blogged about it on his website.

Hilton said of the track: "Take Demi Lovato add some British coolness, some Madonna Frozen, some Laura Mvula and a whole lot of drum n bass awesomeness and you have Cruel Melody by Cat Cavelli." You be the judge...

Girl's got some chops, right? On another note, here she is lookin' like a Free People model for a day on the town.

Here, she's being an early 20-something drinking G&T's with her model bestie, Laura Coleman.

Doesn't she just kinda look like a kid herself?

According to The Daily Mail, it's likely that the pair conceived while Harding visited Law for six weeks in the Czech Republic in May and June. This would make Harding approximately five months pregnant. Sooo, no more crop tops for a while.

Although the pair is reportedly not together at the moment, it would appear that they're planning to work together as a firm support system for their baby. The statement confirming the pregnancy from Law's rep reads:

Jude Law and Catherine Harding are expecting a child together in the spring. Whilst they are no longer in a relationship, they are both wholeheartedly committed to raising their child.

Well, sounds like they've got it under control. Mazel tov, everyone!