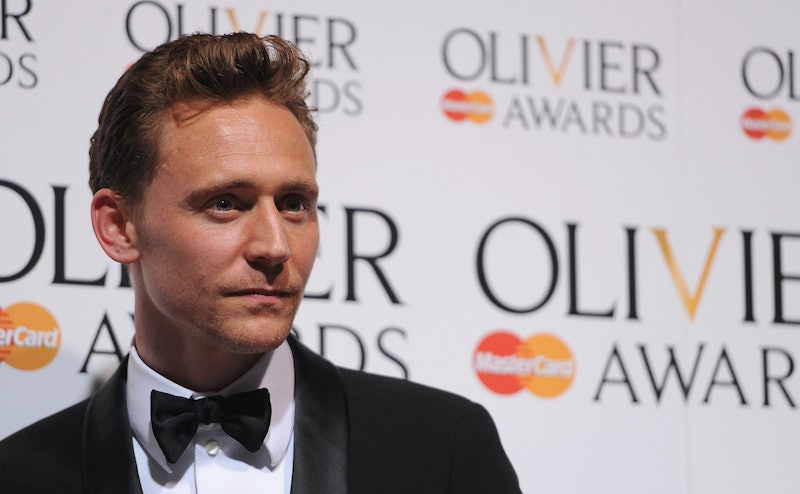 As the recently crowned Glamour's man of the year, it would stand to reason that Tom Hiddleston would have a pretty darn sharp eye for style. He certainly makes his way onto a lot of best dressed lists, and hey, he deserves it! His suits (and tuxedos, of course) are always fitted to a T, and he always looks like the very picture of dashing, debonair — and just about every positive adjective, ever.

And why's that? Because he sticks to the classics. He's not Andrew Garfield, rocking bold sweaters on the streets or maroon skinny suits on the red carpet (though I'm sure he could if he wanted to). In fact, sometimes it seems that his wardrobe consists of little more than three shirts (including an oft-deployed white button down, and an ever-so-slightly — and delightfully — too tight blue T-shirt). But that's fine. I mean, he found what works for him — and works it like only he can. Take, for instance, his preference for bow ties. Does it get repetitive? Yes! Is it predictable? Yes! Do we ever get tired of it? Heck no!

Tom can wear bow ties from here until eternity if he wants, and I for one, will still love him. Here are all the time he looked incredible in a bow tie. Soak it in.

2. At the World Premiere of Thor: The Dark World

3. At the GQ Men of the Year Awards

4. At the Olivier Awards

5. At the Cannes Premiere of Only Lovers Left Alive

7. At the premiere of Warhorse

You keep on doing fabulous you, Tom.