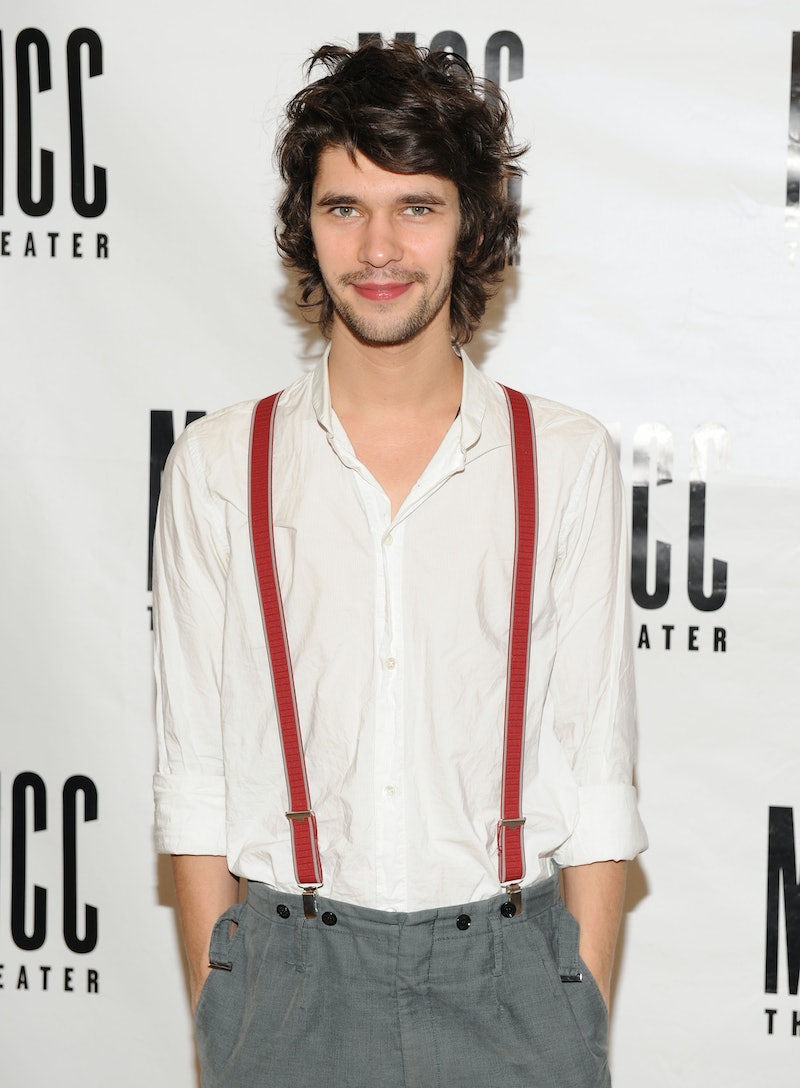 Gather 'round all ye Cumberfans and Tom Hiddleston-ites! A new series on BBC America called London Spy is coming and it will surely be the stuff that Tumblr dreams are made of. The five-part miniseries centers on a pair of star-crossed lovers — Alex, an employee of the Secret Intelligence Service and Danny, a young, wild, and free club-goer. The two fall hard and fast for each other, then suddenly Alex disappears and Danny has to navigate the labyrinth that is the SIS to find him. Starring as the opposites-attract couple are Edward Holcroft and Ben Whishaw. According to Variety, the series will debut in 2015, but no official release date has been released.

Though Alex is described as, "anti-social, enigmatic and brilliant," the character is not just a replica of that other BBC man of mystery who keeps to himself and is hyper-intelligent. We already know the story is deeply romantic, so that squashes the Sherlock comparisons from the get-go. Also, the gay love story, which is at the heart of London Spy, is far from the fan fic fodder of Sherlock and Watson.

Richard De Croce, the Senior VP of Programming for BBC America commented, "London Spy is an utterly compelling contemporary story which has attracted a stellar cast." Joining Whishaw and newcomer Holcroft are Charlotte Rampling and the greatly-esteemed Jim Broadbent. Some of the faces of London Spy are very familiar, while a few are a little less recognizable, but come 2015, we'll surely know every single one of them. Let's get to know the actors in this upcoming drama.

The Bedfordshire-born acror plays Alex, the "gregarious, hedonistic, romantic and adrift" one in the love story. He's also starring as Herman Melville in the upcoming Moby Dick epic, In The Heart of the Sea . You might recognize him as Q from the wildly successful James Bond installation, Skyfall. Needless to say, Whishaw has a big, bright future ahead of him.

This hunk-a hunk-a burnin' Brit love is a relative newcomer, though his resume is growing rapidly. He played Aaron in the 2014 film Vampire Academy and is currently working on another BBC mini-series Wolf Hall. I see many "Danny flipping his hair" gifs in the not-too-distant-future.

This Essex-born acting legend has been on the big screen since 1965. She recently starred as Dr. Evelyn Vogel in Showtime's Dexter and is currently working on the UK series Broadchurch. In London Spy, Rampling will play Frances, " a figure from deep within the traditions of British espionage."

Go on, it's OK, you can say it...I T'S PROFESSOR SLUGHORN! Broadbent is one of the most versatile actors in the world as he has appeared in pretty much every movie you've ever loved. From Hot Fuzz to Moulin Rouge to Gangs of New York, and yes, of course, the Harry Potter series, this Academy Award-winning actor is everywhere. Broadbent's character in London Spy is Scottie, a close friend and confidant to Danny.

Based on the cast and the synopsis alone, I have a feeling London Spy is going to be big.