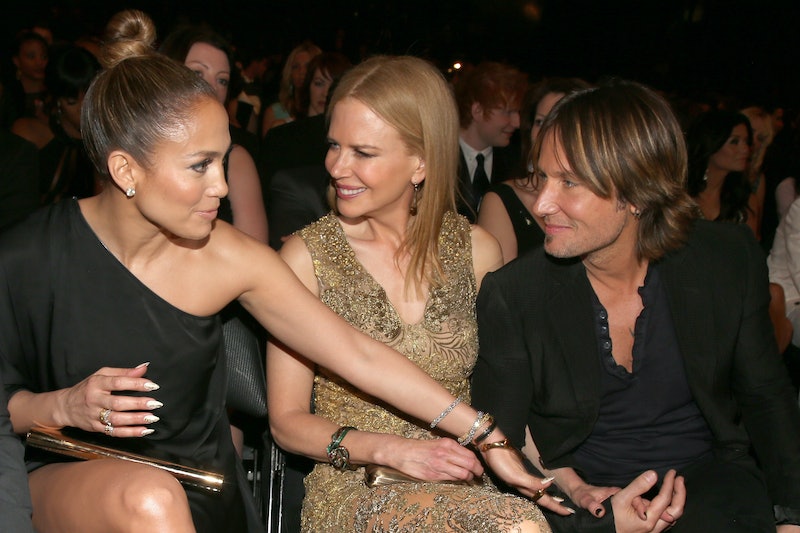 It's official! After a bedraggled fight to find the third judge, The Hollywood Reporter confirms that Harry Connick Jr. will join American Idol. Taping for Season 13 of the talent show starts in September and finally, the judges panel positions have been filled. Connick Jr. joins Jennifer Lopez and Keith Urban behind the table — Randy Jackson is back too, but he'll be taking Jimmy Iovine's role as the musical mentor. And yes: Ryan Seacrest is still the host. No one puts him in the corner.

Connick Jr. is a familiar face to Idol fans — he appeared as a mentor to the final four women contestants during the end of Season 12, which wrapped in May — and if we know Harry like we think we do, he'll bring a calm, cool, and informed opinion as a judge. You don't sell over 25 million albums without knowing what you're doing, and Connick Jr.'s experience and soulful musical tastes will balance nicely with J. Lo's positive pop sensibilities and Urban's country roots.

Connick Jr.'s decision to join Idol means that Scooter Braun, the man who put Justin Bieber on the map, won't get his chance to spread his Belieber message as a judge this season and neither will Dr. Luke, the venerable hit-maker who was long rumored to become a judge.

While we're pretty pumped that Connick Jr.'s back in the Idol game, it would've been nice to see another woman put on the panel ( A.I. could stand to have a stronger female presence), but hey, you never know what the show will pull out of its sleeve this season. Maybe Oprah's available ... anything for ratings, right?