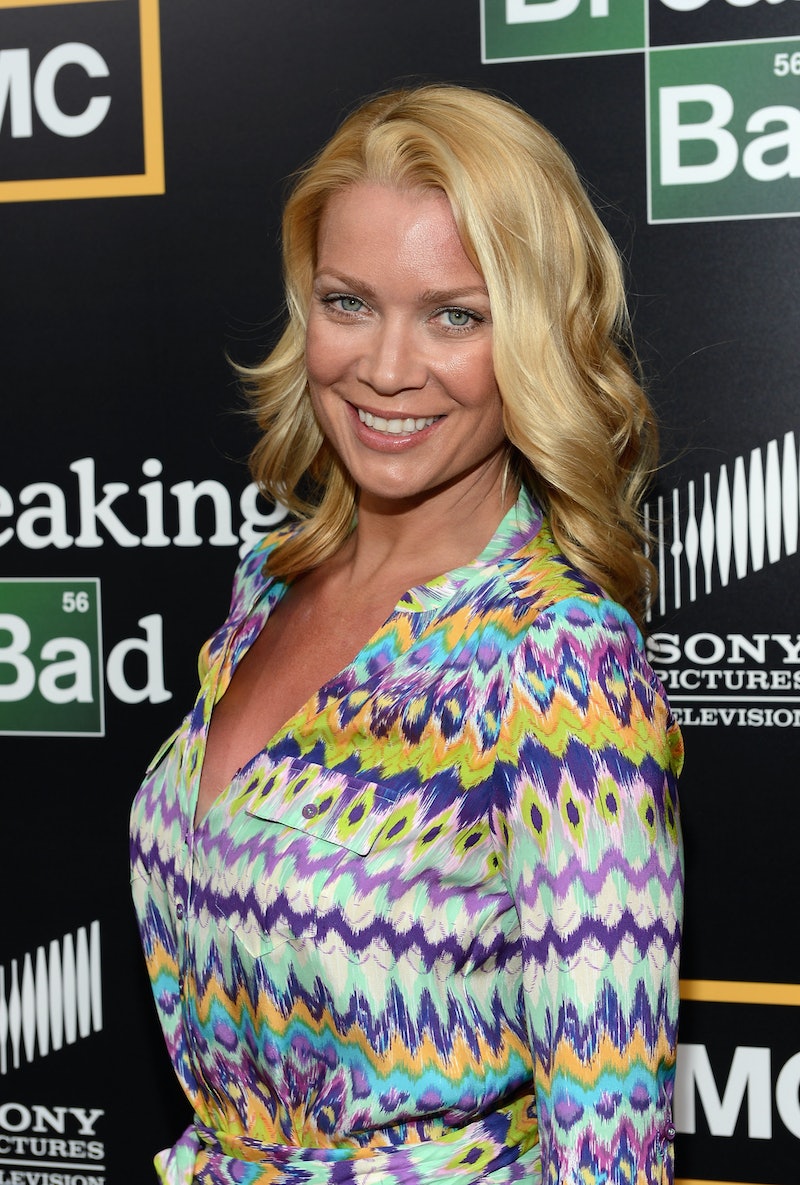 Slap someone with this story next time they try and insult the character of Andrea from The Walking Dead: Because, as it turns out, the actress who portrayed Andrea is a real-life badass as well. According to ABC News, actress Laurie Holden saved 55 Colombian sex slaves as part of a sting operation called Operation Underground Railroad, which was founded and led by former CIA agent Tim Ballard. Holden has always been hugely active with charity and humanitarian work, particularly when it comes to sex trafficking — but this is on a whole other level.

According to ABC News (who aired a special on the team's efforts as part of a Nightline episode this week), the operation involved numerous undercover missions, and every team member — Holden included — having an elaborate cover story that would fool sex traffickers into a set up, and rescue the young girls. One example was a "bachelor party": Ballard posed as a best man of a wedding looking to hire underage prostitutes for a bachelor party, and lured sex traffickers — as well as the girls — to a mansion where the event was supposed to take place. From ABC News :

On the day of the party, Ballard’s team got the house ready. They even hung a sign outside with balloons, like a teenager’s birthday party, so the traffickers wouldn’t seem out of place bringing young girls into the house. Once the girls arrived, Holden’s job was to keep them occupied by the pool area while Ballard and the undercover officers worked to catch the traffickers on tape exchanging money. Colombian authorities quietly hid, waiting for Ballard’s go sign to move in and bust the party.

All in all, the bust helped rescue 55 Colombian sex slaves — one, according to Mic , who was just 11 years old.

Seriously, Laurie Holden, and everyone else involved in this sting operation? You all get the Badass of the Day Award. This is amazing.