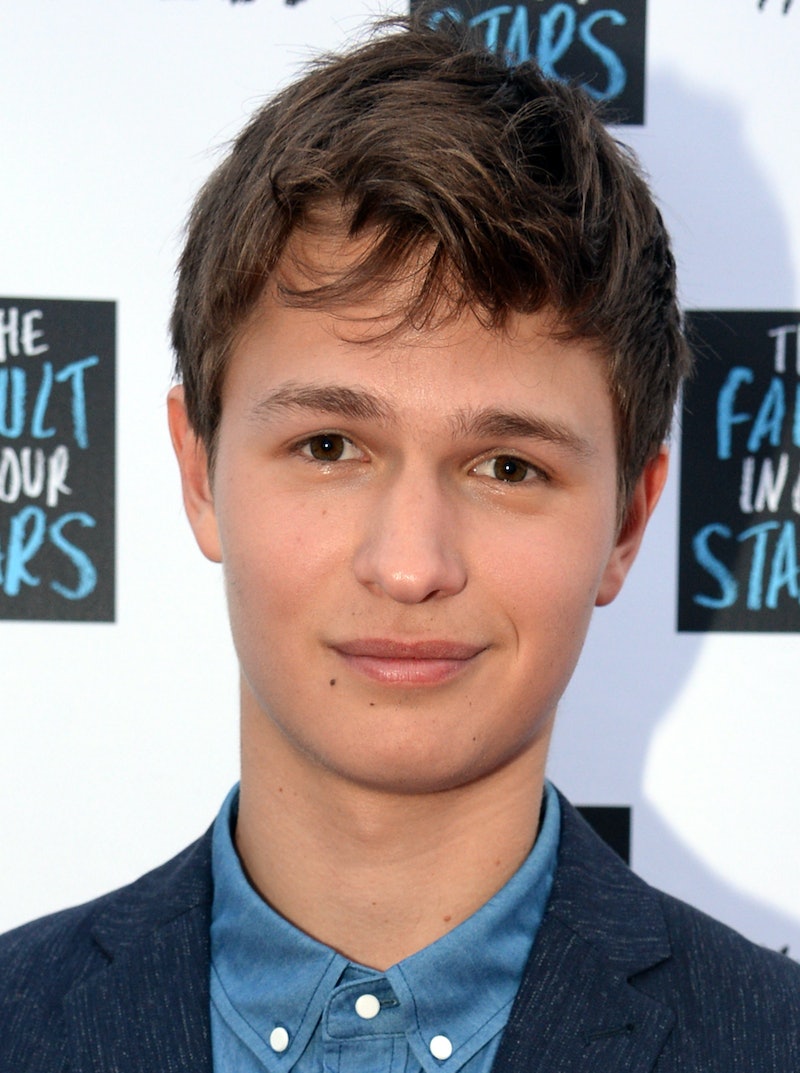 Who knew a bench would end up being the third most famous character in the movie adaptation of John Green's novel The Fault in Our Stars? Yes, I'm talking about the bench featured in that scene in Amsterdam. You know, when Augustus Waters told Hazel Grace that his latest cancer scans lit up like a Christmas Tree and all of us watching in the theater dissolved into a puddle of tears. The bench got so popular that is was even stolen for a little while and then eventually returned, probably because the culprits remembered they had a heart. And we now know that the infamous bench made a big impression on TFIOS actor Ansel Elgort because he visited the bench and posted pictures of his trip to Instagram so we can all see it!

It appears Elgort made quite a stir in Amsterdam on Friday with his multiple fan encounters and bench visits. One girl even rode her bike next his car saying she loves him and basically melted when he said he was going to post their encounter on Instagram. Elgort was just breaking everyone's hearts because he's alive and well visiting the bench and there's no such luck for Augustus Waters. I'm obviously not over my heartbreak yet, so let's all check out the Instagram pics and think about how adorable this kid is.

Along with his cute little smirk, he captioned the above snap, "Asked two people kissing on the bench if that was the bench from tfios. Was a great moment, then asked them to take a pic for me."

Please stop, because I'm not OK with how cute you are. And if we look closer, there's some pretty special graffiti on that bench, Do you see it? Let me help you.

Do you see it yet? HOW ABOUT NOW?