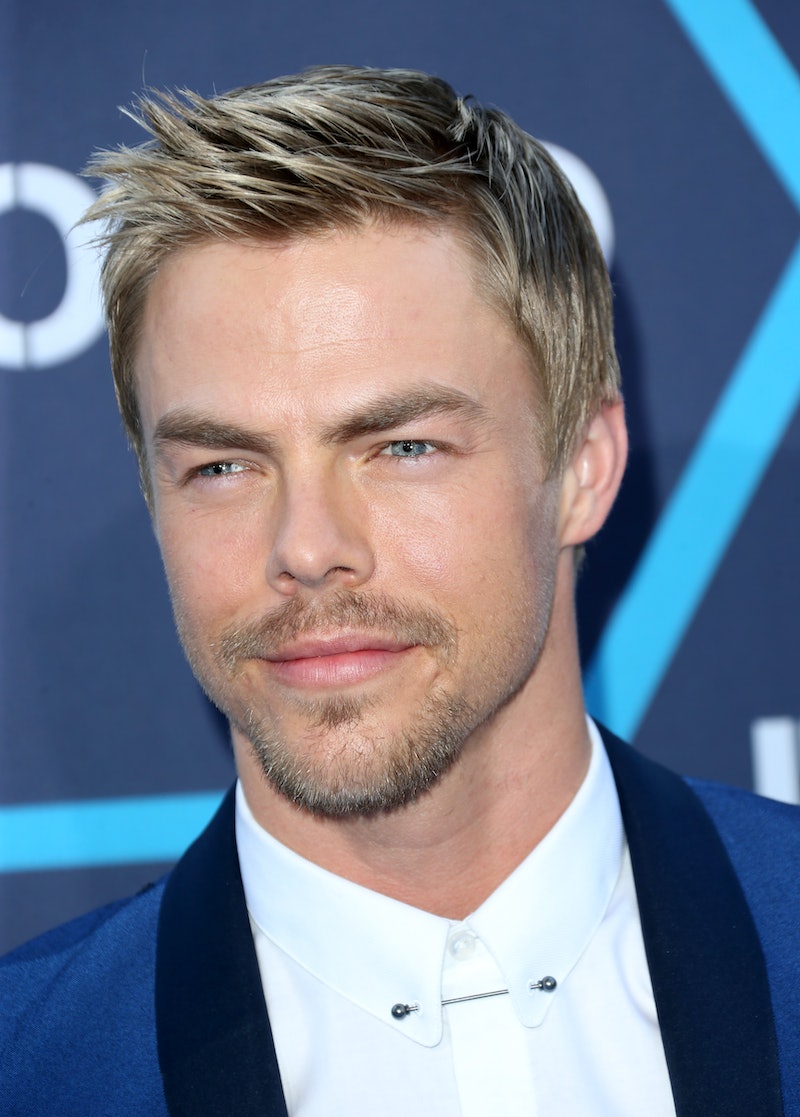 One thing's clear about Derek Hough — he's come a long way from his days of embarrassingly dorky audition tapes. Now, Hough has a well-deserved reputation as a highly touted professional dancer and actor. Unfortunately, though, being super awkward on film was one of the more minor obstacles the Nashville star faced on his road to success. While accepting the Inspiration Award at the Gay Lesbian & Straight Education Network's Respect Awards on Friday night, Derek Hough revealed heartbreaking stories about being bullied as a child growing up in Utah. While they were awful and sad experiences, Hough's perseverance makes his success story even more inspiring. The 29-year-old Dancing With the Stars competitor recounted some absolutely terrifying moments from his pre-stardom life where he had such a tough time with bullies that, according to E! Online's Marc Malkin, eventually prompted the star and his family to relocate. "On one occasion, they would tie my ankles up with a very rough rope, hang me from a tree upside down and spit on me and call me names and even held a gun to my head," Hough said.It doesn't take someone with firsthand exposure to bullying to comprehend how profoundly disgusting and sad it is, therefore there can never be too much conversation around anti-bullying awareness, whether it's discussing how to prevent bullying, supporting victims, or hearing these gut-wrenching personal tales from everyday people and celebrities alike. No matter how you slice it, bullying is a terrible thing, and Hough's story — which is difficult to read as it's so truly horrible — is unfortunately not uncommon.

It does however make his current success and anti-bullying advocacy that much more inspiring — Hough said he discovered a safe haven in the art of dance, which he credits for helping him through some of his really tough times. Hopefully, his inspiring message continues to reach out and touch those who need to hear it most."I know now the worst thing you can do is suffer in silence," Hough said. "Often times we allow ourselves to suffer a lot more than we need to by keeping it to ourselves and carrying the burden alone."