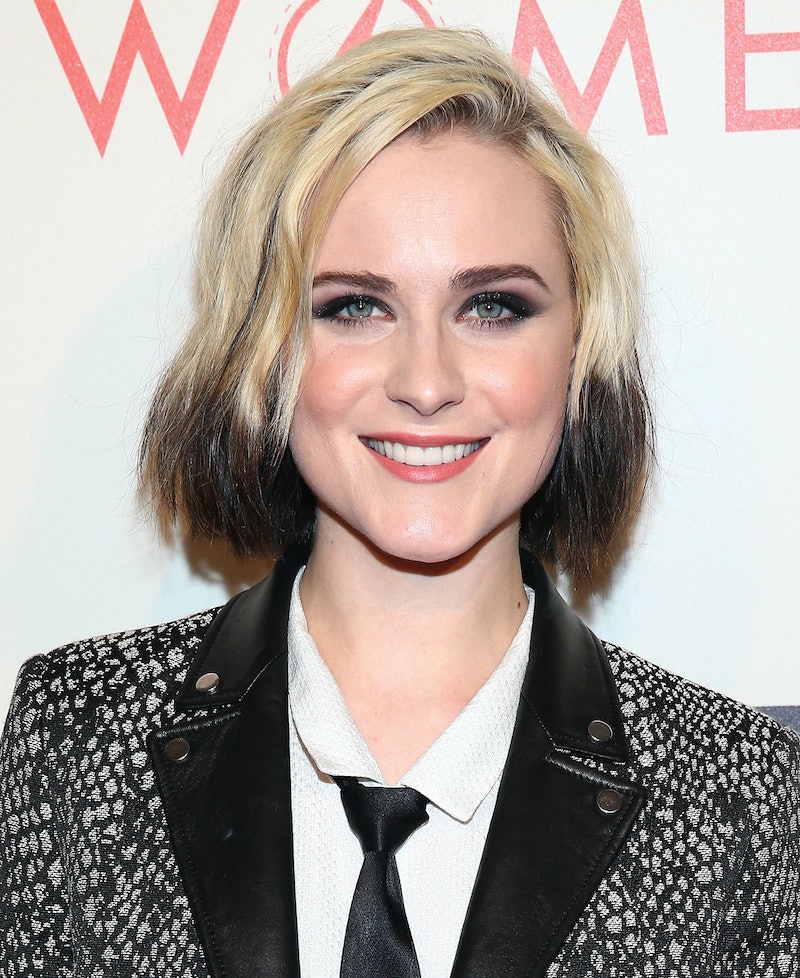 It's been five months since Jamie Bell separated from his wife, and now Evan Rachel Wood has moved on to date Katherine Moennig of The L Word. The actress played arguably one of the hottest lesbians on the show, and I can attest that pretty much everyone has had a thing for her at some point. Wood wasn't immune to Moennig's charms either and had a crush on the actress long before the two ladies ever met. (If Wood can date her crush, there's hope for all of us.)

Wood, who is an open bisexual, just reinforced what I am always trying to explain to people: just because you choose one gender to be with for awhile doesn't mean you aren't still attracted to the other gender. Yes, Wood married Jamie Bell, who was a man, but that didn't make her stop liking women. Good thing too, because now that she's back on the market, she and Moennig are the cutest couple.

The pair's first public outing was at a museum gala in Los Angeles on October 13. Wood attended with her new girlfriend and Page Six reports that the couple was cozied up all night holding hands. An Us Weekly source backed up the new couple's adorableness saying, "Evan is crazy about Katherine. She had a crush on her for years but now can act on it ... She thinks they make an amazing couple. She is head over heels and Katherine feels the same way."

Too sweet. She and Moennig both deserve happiness and it's super cute that they found it together. Especially after the adorable meeting they first had on Twitter last February.

Wood's adoration was even returned.

It's everyone's dream that their crush will respond positively to their advances, and it's pretty inspiring to see someone date their crush. Here's hoping Wood and Moennig can make things last because so far they are beyond adorable on the new couple meter, and they have nowhere to go but up.

More like this
Selena Gomez Is Fine Being Single, But She Still Manifested Romance On 'SNL'
By Martha Sorren, Jake Viswanath and Jack Irvin
Ralf Little’s Fiancée Has A *Very* Impressive Resumé
By Sam Ramsden
Why Sara Pascoe's Husband Is Familiar To Comedy Fans
By Alice Broster
Justin & Hailey Bieber's Bond Is "Unbreakable" Amid His Ramsay Hunt Diagnosis
By Bustle Editors
Get Even More From Bustle — Sign Up For The Newsletter