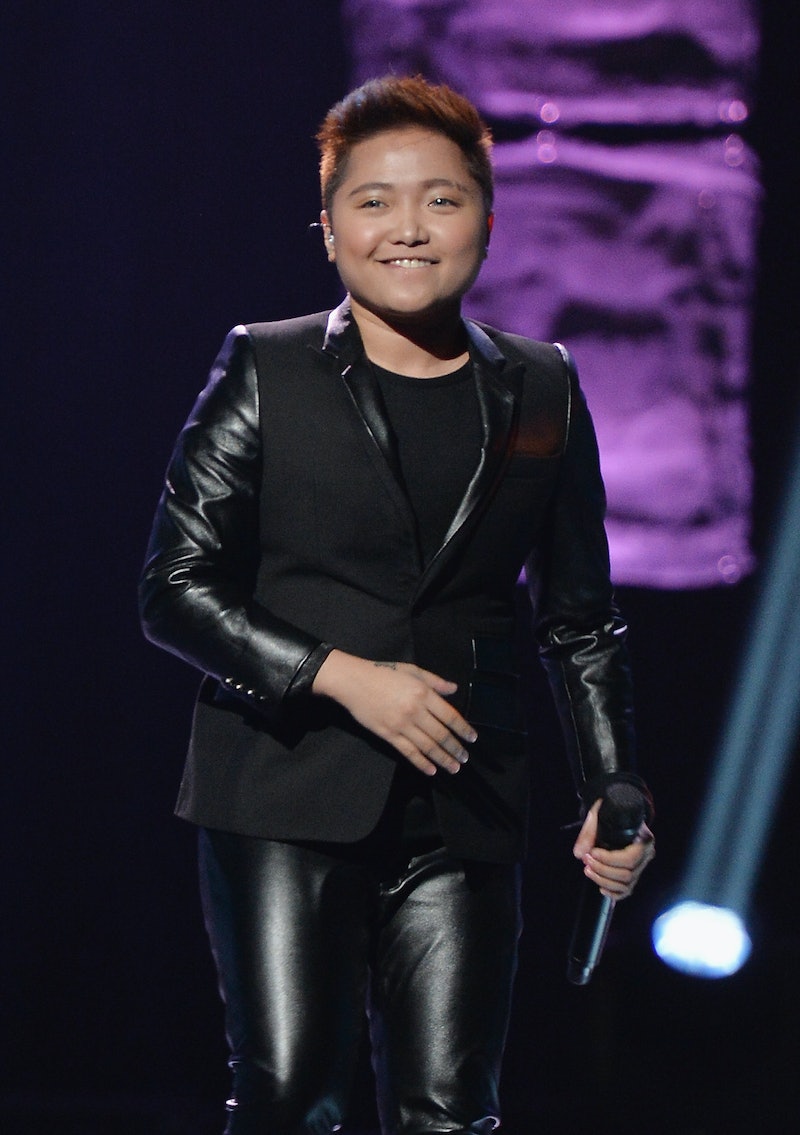 It would be really easy to be negative about the way our society tends to be really, really terrible at accepting people who are different from the norm — but believe it or not, things are getting better, however slowly the progress might be moving. Case in point: YouTube singing sensation and former Glee star Charice, who came out as gay last year, is comfortable enough today to go on TV and tell Oprah about how she feels concerning her gender identity, and that is a wonderful thing.

While chatting with Oprah for OWN's Where Are They Now? series, Charice opened up about what it was like when she realized she was gay, and although she's only been out for the past year, she's known she was a lesbian for much longer than that. According to Charice, she first began to feel different from her peers as early as age five, when she first noticed an attraction to a female classmate. And by the time she was 10, she learned that there was a word for what she was feeling: "Gay."

And since then, she's also been toying with the idea of transitioning from female to male, but ultimately decided against it. For now, she's defining who she is in her own terms.

Instead, she'd be more comfortable just changing the way she looks. She explained it to Oprah like this:

"Not exactly, you know, transitioning to a male male, but basically my soul is, like, male. But I'm not going to go through that stage where I'm going to change everything, so, not change my body. I would change this look. Like cut my hair, wear boy clothes and everything. But that's all."

And, of course, if she changes her mind in the future, I hope she's able to feel empowered by calling her own shots about who she is — the way everyone should be able to, even though that's not exactly how the world we live in works just yet. But the way Charice is able to speak so beautifully and openly about where she feels her soul is at is a really good sign about where things are headed in our society, and I'm hopeful that her chat with Oprah ends up encouraging others to feel safe enough to speak their truths.

Although, really, if Oprah asked me a question about anything, I would tell her my life story. Because that's just who Oprah is: The ultimate motherly figure who also happens to have the ability to buy and sell you. But no pressure.

If you want to see Charice's full interview, check out Where Are They Now? airing October 19 on OWN.