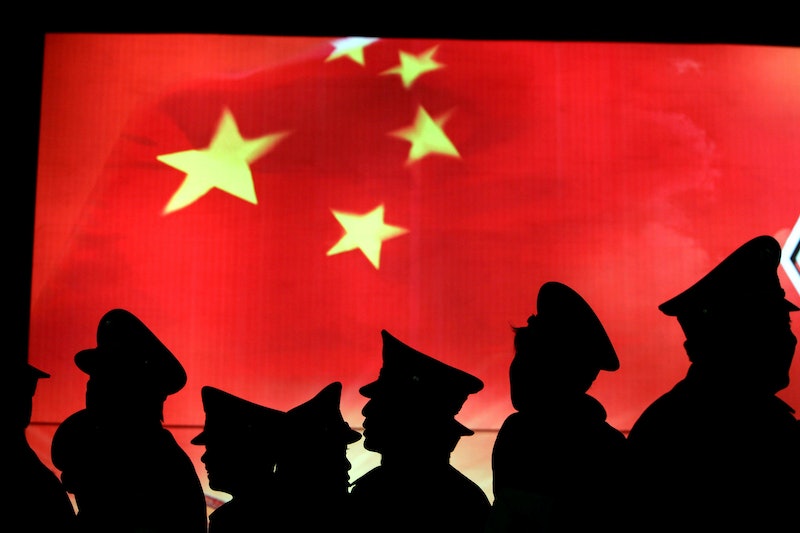 It's worth remembering that social media isn't always what it seems. Sometimes a company might want to leverage a flashy hoax to get some commercial attention, or a group might be spreading a misleading political message, or your everyday, random acts of trolling. But in China, this is an even more trenchant reality — and government paid, to boot. That's because, as expertly detailed by Business Insider's Christina Sterbenz, China pays Weibo users to spread propaganda, among other websites, a means both to influence political narratives and undermine protest movements. It essentially takes the idea of paying for fake Twitter followers to a whole new height — why not pay a little more, and get real people who're actually tweeting your message?

In China, though, it's obviously not actually Twitter that people are using. Thanks to government censorship, Twitter is blocked in China, leaving the social media scene mainly up to SINA Corporation's Weibo instead. But in China, there's reportedly a hundred-thousands strong group (between 250,000 and 300,000, according to Sterbenz) that's eager to fire up sympathies for the government's ruling Communist Party. They're known as the "50 Cent Party," so named because the government is widely believed to pay each member .5 yuan — about 50 American cents — per pro-government internet post.

Given the forcefulness with which China regulates and restricts the internet — Twitter as well as sites like Google, Facebook, YouTube and Dropbox are all off limits, in addition to dozens more — it's not exactly a surprise to know people are being paid to tow to the Party line in cyberspace. Frankly, it might be more surprising were something like this not going on. But Sterbenz's report is nonetheless a striking reminder of the challenges that protesters of China's government, and it's politically repressive nature, are up against.

This is a topic well-known to a very high-profile Chinese national, who now resides in the United States — Ai Weiwei, the Chinese artist and activist who made international headlines after his controversial arrest by the government in 2011. Weiwei interviewed an anonymous 50 Cent Party member in the New Statesman on Friday, and got some crucial insight into the day-to-day lives of these cyber-propagandists. For instance, about how their day's duties are handed down from above.

Almost every morning at 9am I receive an email from my superiors – the internet publicity office of the local government – telling me about the news we’re to comment on for the day. Sometimes it specifies the website to comment on, but most of the time it’s not limited to certain websites: you just find relevant news and comment on it.

Perhaps the most engrossing portion of the interview, however, is when Weiwei's anonymous subject describes the intricate, sophisticated concepts that undergird the process of shaping propaganda and narratives online. This isn't just people speaking with one, unified voice. Rather, it's all an elaborate, argumentative play for the minds of onlookers.

In a forum, there are three roles for you to play: the leader, the follower, the onlooker or unsuspecting member of the public. The leader is the relatively authoritative speaker, who usually appears after a controversy and speaks with powerful evidence. The public usually finds such users very convincing. There are two opposing groups of followers. The role they play is to continuously debate, argue, or even swear on the forum. This will attract attention from observers. At the end of the argument, the leader appears, brings out some powerful evidence, makes public opinion align with him and the objective is achieved.

It's quite appropriate that this subject come to the forefront right now, as China's faced increasing pressures and pro-Democracy protests in recent weeks — after the Standing Committee of the National People’s Congress (a committee within China's parliament, basically) imposed new rules to increase the state's control over Hong Kong's 2017 elections for chief executive, protests have gripped Hong Kong's Central financial district. And while Hong Kong itself has virtually no internet censorship, China's army of internet commenters and its pervasive censorship, can do it's part to blunt dissenting opinions on the mainland.