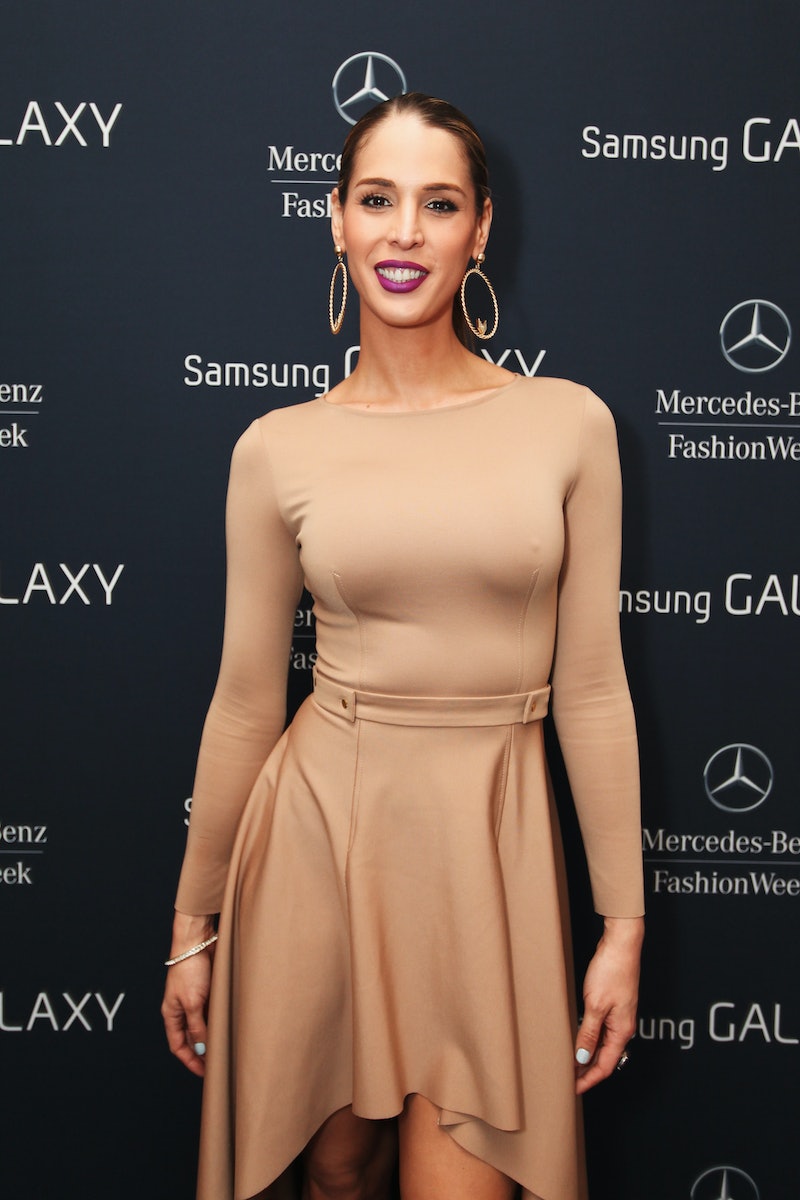 Lots of miraculous occurrences happened last week on the first episode of The CW's Jane the Virgin . Viewers and critics were completely charmed by the remake of the Spanish telenovela, title character Jane indeed gets pregnant as a virgin via mistaken-identity artificial insemination, and none other than RuPaul's Drag Race alum Carmen Carrera was in the pilot episode in a one-line, blink-and-you-might-miss-it cameo appearance. If you did miss it, Carrera played the server who asks Jane, "Who did you have a magical kiss with?" toward the beginning of the episode. That one line has fans clamoring for more of the transgender icon on the new series, but according to IMDB, this was Carrera's only scheduled appearance on Jane the Virgin . But you never know.

The New Jersey native's career certainly has been on the upswing lately — she had an autobiographical essay and photo spread featured in W last year and The Advocate named her to their annual "40 Under 40" list. In addition to RuPaul's Drag Race and RuPaul's Drag U, she's also logged appearances on ABC's Primetime: What Would You Do? and Cake Boss, along with speaking up for the rights of the transgender community. Wouldn't it be great if Carrera's character were to return and hear the rest of Jane's story? What would she say about coworker Jane's crazy situation? There's just too much potential here for the 29-year-old not to have a recurring role on the series. Here's why Carrera should come back.

Her Character Has a Name

Carrera's appearance is credited as Eva. She could've just been called "server" or "waitress" or not credited at all, like other characters in the premiere, but she was given a proper name. This could be a really good sign that the character just might return for another line — or more.

Her Character is Jane's Coworker

Both Eva and Jane work at the hotel now owned by Rafael Solano, who also happens to be the father of Jane's baby (I know, right?). In the pilot, the hotel staff draws straws to see who will have to don a mermaid costume at a big event — and Jane gets the short end. Carrera's Eva is spared. Jane still retains her hotel job at the end of the episode, so we can probably expect more hospitality hijinks — with her coworkers like Eva — as the show goes forward.

We might not know much about Eva besides her name and occupation, but I'm dying to see more of her for the simple fact that it would let Carrera return. There are not nearly enough trans women on TV, especially network TV, and for an advocate like Carrera to have a role on a series poised for great success would be a huge step forward for trans representation. Hopefully as Jane the Virgin continues, there will be room to expand Eva's role and let Carrera try her hand at scripted television. She may have only had a single line in the premiere, but it showed promise.

More like this
It’s Official: 'The Bachelorette' Is No Longer A Fairy Tale
By Samantha Allen
Naomi Osaka & Emma Raducanu’s Experiences Have Inspired A New Amazon Show
By El Hunt
We’ve All Had Bad Sex. Nona Willis Aronowitz Is Talking About It.
By Sophia Benoit
Beyoncé & Madonna’s “Break My Soul” Remix Honors A Group Of Black Icons
By Stephanie Topacio Long
Get Even More From Bustle — Sign Up For The Newsletter