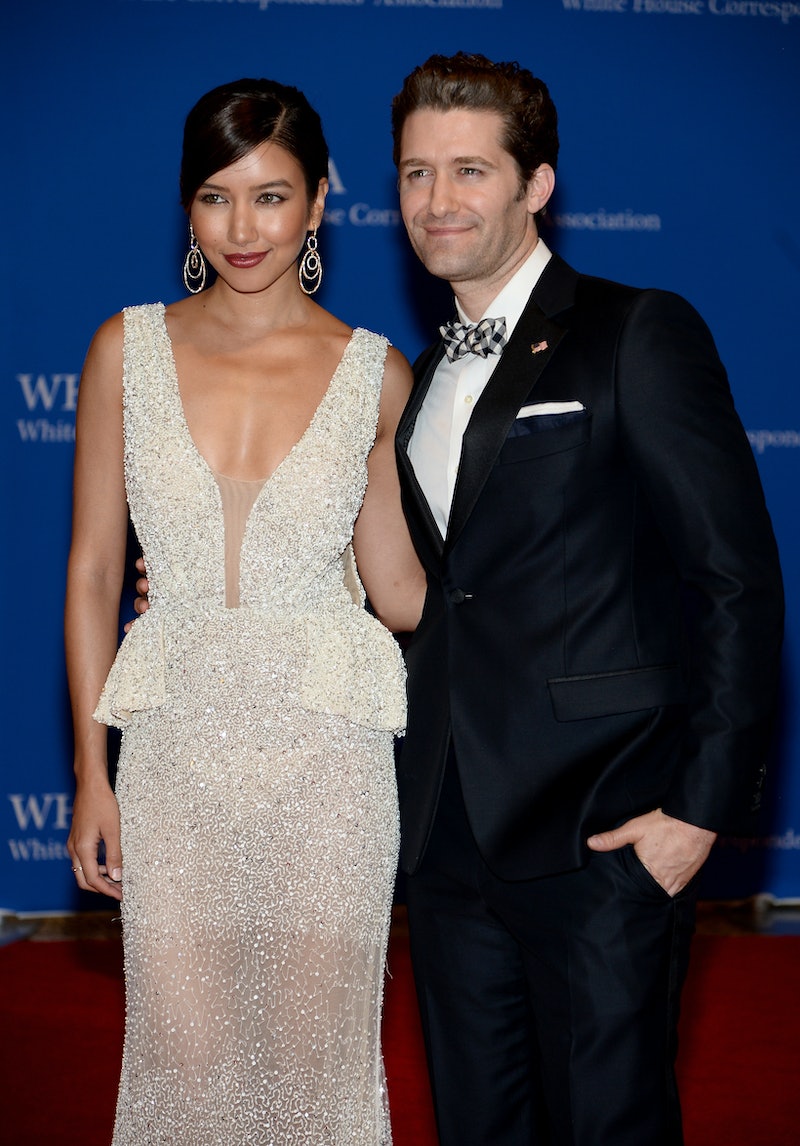 Sorry, Gleeks. Everyone's favorite dreamy teacher is officially off the market for good. This weekend, Glee's Matthew Morrison married his fiancé Renee Puente in a private ceremony in Hawaii. It's natural that you have a few questions about this ridiculously lucky girl. Who is Renee Puente? If my fantasies of hooking up with Mr. Schuester are going to be shattered, I at least want to understand my competition.

To give you a bit of preliminary background, Morrison, 35, and Puente, 31 have been dating since 2011, and have been engaged for a little over a year. According to The Daily Mail, the couple made their first acquaintance at the White Tie & Tiara Ball in London in 2011. In a fittingly romantic gesture, they announced their engagement at the same event two years later in 2013. Following their announcement, their good friend Elton John serenaded them with a duet of "Your Song" along with Coldplay frontman Chris Martin. 'Cause obviously these two have racked up amazing karma in a past life to be living this dream.

Anyway, back to business. According to her Facebook, Puente is a singer/song-writer/model/entrepeneur. She has appeared in campaigns for Bebe, as well TV series' like The Exes. Thanks to her demo reel, we can get a load of some of her work:

If you're extremely observant and have a great memory, you may remember from this scene in Divergent in which Puente killed it as a member of the panicked masses:

While she's had a few breaks in the entertainment world, according to Morrison, she's more down-to-earth than most "industry" girls. He told Closer magazine in 2013 "I'm very happy. Renee's not in the industry — I need that normality. We like to stay home and cook, we're not that Hollywood." As evidenced by Puente's Instagram, they do indeed enjoy making and eating delicious things:

Case in point, whatever this beautiful disaster is:

While they may not be all that Hollywood, they're clearly upstanding members of babe city.

She gets Matthew Morrison to do fun and silly things, like make cameos in her Instagram videos.

They're actually too sweet for words:

Really though... Those two make a handsome couple:

Many happy returns to the newlyweds!

P.S. Matt and Renee (I can call you guys Matt and Renee, right?), if you're ever throwing a non-Hollywood dinner party with Elton John and peanut butter and bacon sandwiches, I'm always free.