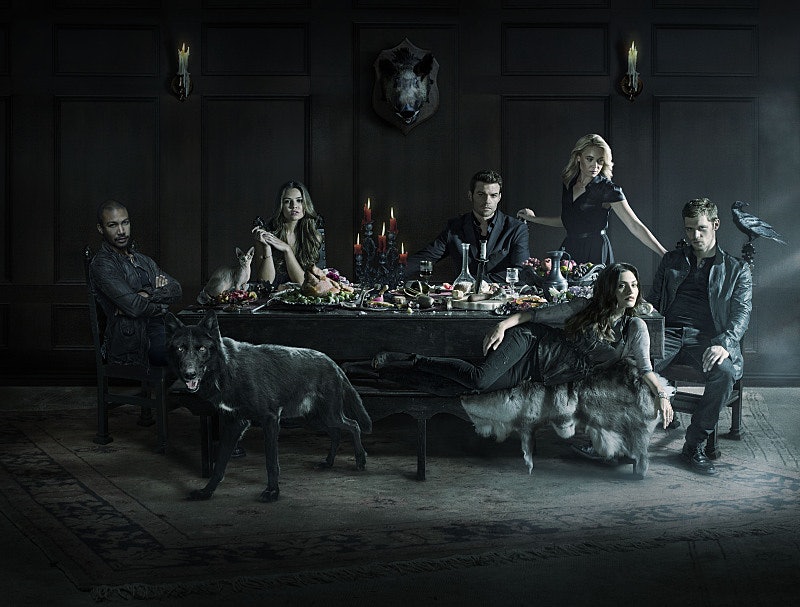 In The Originals world, there are few scarier than the one and only Original hybrid, Niklaus. And what's scarier than a super killer? Try his mother. Many of us are wondering what Esther's plan on The Originals is upon her return. In Season 2's third episode, entitled, "Every Mother's Son" we can expect to find out some juicy details about Esther's schemes. She's already tried to kill her children in another show, (anyone remember a little show called The Vampire Diaries?), and now here she is, magically inside a younger witch's body with no explanation just prancing around New Orleans wreaking havoc. If Esther is back on The Originals, no good can come of it. Now we need to know why she's here.

According to the promo the CW released (below), Season 2's third episode involves Esther, aka Mamma Original, inviting herself to Klaus' place for dinner. Yikes. What could she possibly have in mind with a forced invite? Probably something bloody and manipulative but, let's look at the facts. At the end of Season 1, we had the return of Esther and Fin. Now in Season 2, we've got Mikael and Kol in the mix as well. Look at that: one big happy Original family, right? Ha. No way. These long lost familial gems are back for blood.

Now, as we know, the Original Witch Esther is one magical cookie. And I don't just mean magical in a witchy kind of way. I mean in a, "I can't believe you've come up with that many different ways to murder and manipulate your family" kind of magical. Remember back on TVD, when we first met Esther and in a flashback we learned she tried to preserve the lives of her children by making them immortal and creating vampirism in the first place? And then remember when she very ironically only showed up in Mystic Falls to link all of her children together and then tried to murder them because she thought they, being the vampires she indeed created, were monsters and deserved to die? Ugh, thanks, Mom?

Now, we're staring down the barrel of a mandatory family dinner and I'm betting it will be less of a blood bath and more of a distraction. Esther is not one to kill for show; Esther kills for purpose. Whatever her plan is, I can guarantee you it's already in motion. In fact, if the dinner isn't a diversion for one thing, it's probably a way to get all the kids in one place to partake in some witchy spell. Esther doesn't need to attack with all guns ablazing. Let's be honest, she knows her kids as well as she knows their supernatural makeup. She knows how to manipulate them. (Sort of reminds me of another famous mother out there somewhere...)

Klaus, Hayley, and Elijah should really be paying attention to what's not going on at dinner because I'm sure that's going to give them the most answers. Still don't think Esther works in mysterious ways? Check out this clip from the upcoming episode. We get just a taste of how Esther works.

See? No fanfare. I'm betting it was Esther who left that gorgeous snack for the crew. She sends a message without bloodshed. And makes a snack for the kids too! How motherly.

In the promo we hear Klaus say, "You're the author of everything I am," which sounds like a retaliation to something that stung. I'll venture to say that Klaus threw those words at Mommy Dearest after she told him something along the lines of, "You're an awful monster that needs to be extinguished." Sounds like typical Mikaelson family drama, to me.

And is that snake Cassie/Esther is knifing through in the promo makes it look like she might be poisoning the food with some kind of witchy voodoo. Then there are the torture tools in that promo. This doesn not look good. I don't like it, in fact, I hate it.

What we do know is that Esther is sure to bring the drama and it will cause Klaus and the Gang to have a Plan A, B, C and... OK, they should probably plan their way through the entire alphabet.