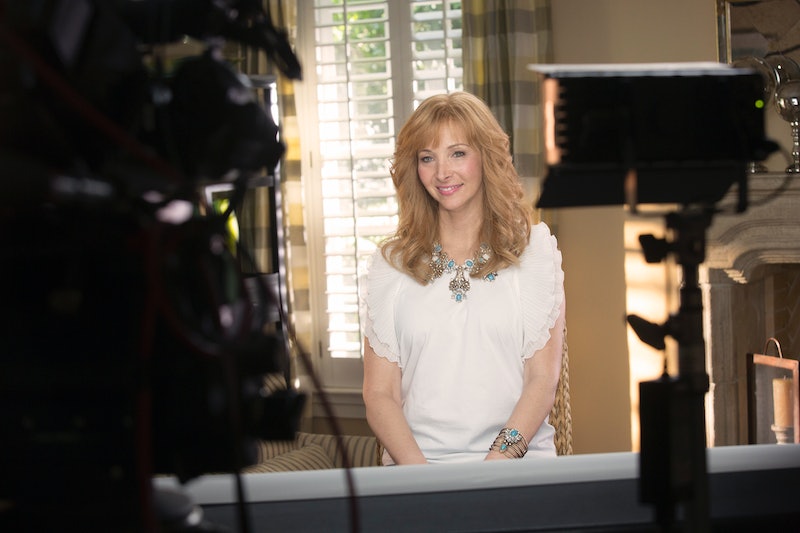 Lisa Kudrow is set to return to HBO for the highly-anticipated second season of The Comeback on November 9th, and if you aren't excited about it, I feel bad for you, son (I got 99 problems, but not loving Lisa Kudrow...isn't...one? Yeah, you can unfriend me now. Wow, I'm so embarrassed for even having thought that line that I can't allow myself the privilege of deleting it. I deserve to feel this shame.) Anyway, hey! The trailer for the new season of The Comeback looks as hilarious and wonderful as you might imagine.

We already knew Lisa Kudrow was honest and amazing, and her comedy skills were a defining part of the 90s (man, she is one of the few people who you can say that about without being clearly hyperbolic), which is why her many fans were pretty pissed when, despite a handful of Primetime Emmy nominations, season 1 of The Comeback didn't take off and was hastily canceled. Now, after nearly a decade (whoa, 2005 was almost a decade ago. See you soon, death.), HBO is bringing back the series for a second go-round. Hell yeah, dawg. I'm jazzed about this.

Is this revival a sign that The Comeback will follow down the path of the similarly revived cult classic Arrested Development? I mean, who knows. But nothing will stop the internet from making completely unnecessary comparisons between unrelated things, and I'm just here to play ball, you guys.

More like this
The ‘Emily In Paris’ Season 3 Trailer Teases Major Career & Love Crossroads For Emily
By Bustle Staff
The 'Ginny & Georgia' Season 2 Release Date Is Only A Few Weeks Away
By Martha Sorren
These 'Criminal Minds' Throwback Photos Show The Cast’s 17-Year Evolution
By Grace Wehniainen
The First Trailer For 'That '90s Show' Includes So Many Nods To The Original Series
By Jack Irvin, Alyssa Lapid and Grace Wehniainen
Get Even More From Bustle — Sign Up For The Newsletter